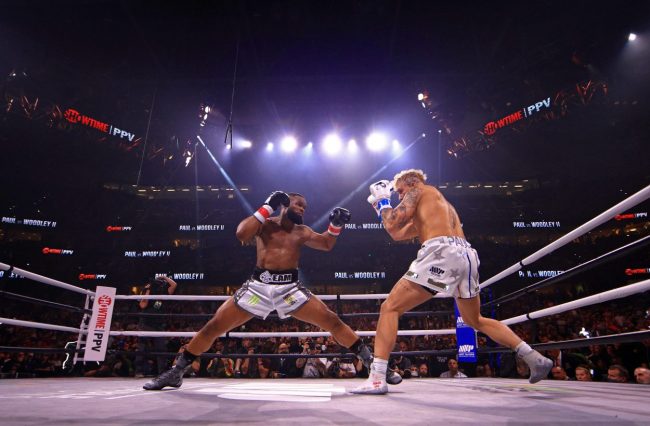 Paul and Fury, the younger brother of heavyweight world champ Tyson Fury, have beef that goes back a while. The two have been trying to schedule a fight for over a year now and looked as if they’d finally done so just recently.

That fight is (was?) set for Aug. 6 at Madison Square Garden, despite Paul also offering to fight UFC star Nate Diaz.

The press conference for the Paul-Fury fight is set for Wednesday, but it appears it’ll be a one-sided affair. Fury claims he’s unable to attend the event because he’s been denied entry into the US.

‼️ Tommy Fury has revealed that he's been denied entry to the US for the Jake Paul press conference, putting their fight in major doubt…

Both Fury’s brother and father have dealt with similar issues in the past. The issues with his brother were allegedly due to his ties to suspected mob boss Daniel Kinahan, the supposed leader of the Kinahan Organised Crime Group.

But Tommy’s issues are reportedly unrelated.

2/ Important to not, reports of Tommy Fury being part of 'up to 600 people' not able to travel to US due to sanctions against named crime lord Daniel Kinahan are inaccurate. Matter is unrelated and in line with similar issue experienced by Tommy Fury last spring.

Either way, Paul is absolutely sick of waiting.

Tommy, no matter how hard u try to get out of this fight, I’m going 2 do everything in my power 2 not let u weasel ur way out. My team & my partners have made it clear the steps u need to take 2 solve ur latest excuse. Take them or admit ur a scared little bitch. #TommyFumbles

The press conference has since been cancelled and the scheduled fight may well be in the balance as well.

As a result of circumstances out of our control, the scheduled press conference for Wednesday at MSG has been postponed. We are working with our partners at SHOWTIME and Madison Square Garden and will share more information as soon as we are able.

So while Jake Paul and Tommy Fury may well square off in a boxing ring one day, nobody knows when that day will be.