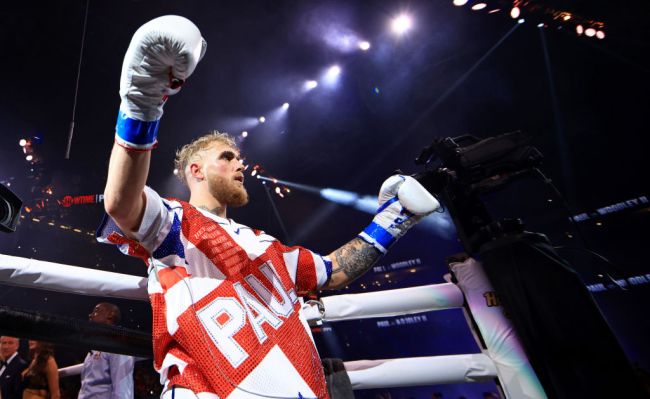 Mark your calendars. Jake Paul vs. KSI is coming in 2023!

Jake Paul’s next fight has been in the cards for a while now. First, it was scheduled against Tommy Fury but that fell through due to travel restrictions. Then it was rescheduled against Hasim Rahman Jr. before continual weight disputes threw a wrench into things.

Even with Rahman Jr. firing back at Paul’s accusations, the bout was canceled and future boxing plans for “The Problem Child” were left up in the air. However, it seems Paul has already found a new opponent once again.

On Monday morning, Paul agreed via Twitter to a winner-takes-all boxing match against UK YouTube sensation and rapper KSI.

Your hometown & winner takes all. 1000% I accept, but one condition…

You have to reply and admit that as of TODAY when it comes to boxing I am betr https://t.co/UczxNAnmHv

The announcement didn’t come as too much of a surprise given their long-standing rivalry. Back in 2018, the pair actually started their boxing careers by fighting each other’s brothers.

Now the most recent update comes after both YouTubers encountered issues with the opponents for their upcoming fights. KSI was scheduled to fight YouTuber Alex Wassabi on August 27th, but the latter pulled out with a concussion this past week.

With Paul’s fight against Rahman Jr. also no longer on the books, everything was lining up for Jake Paul vs. KSI. “The Problem Child” even offered to substitute in place of the injured Wassabi, but KSI wasn’t having it.

THIS IS OFFICIALLY THE BIGGEST DUCK OF ALL TIME🦆🦆🦆 https://t.co/Seu88wnD69

Instead of fighting Paul on short notice, KSI challenged him to a winner-takes-all match at Wembley Stadium for next year. Paul quickly agreed, but he had one small catch. KSI had to admit Paul was better in boxing “as of today.”

As of today in boxing you’re better.

KSI hasn’t fought since his split decision win over Logan Paul in 2019, so the admission is likely true at the moment. Either way, we’re all just hoping this fight actually comes to fruition.