Jake Paul Is Devastated After Rahman Jr. Pulls Out Of Fight, Says Professional Boxers Are Scared To Fight Him 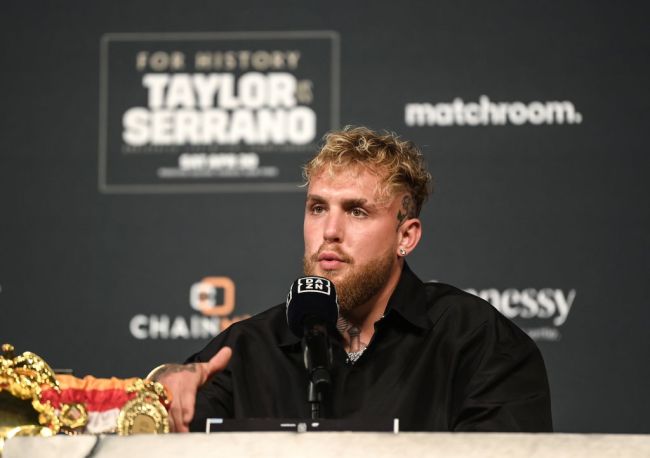 Jake Paul’s next fight was originally set for August 6th at Madison Square Garden against Tommy Fury, brother of heavyweight boxing champion Tyson Fury. However, the fight was called off after the younger Fury encountered travel issues.

All was not lost as Paul was able to rebook against a new and rather unknown opponent, Hasim Rahman Jr. But just like before, it seems things have fallen apart for the YouTube sensation-turned-celebrity boxer.

According to a press release by Most Valuable Promotions, the August 6th bout has been canceled after Rahman Jr. has refused to cut weight. Paul’s opponent even demanded the fight be sanctioned at 215 lbs.

First Tommy Fumbled and now Hasim Rahman Crumbled. These boxers are the most difficult people to work with and continually lack professionalism and confidence to fight me.

I apologize to all of the of the other fighters on the card, our partners, our team and the fans. https://t.co/0q6MxqG3XJ

The original agreement, signed July 5th, sanctioned the fight at a maximum weight of 200 lbs. At the time, Rahman Jr. provided evidence to the New York State Athletic Commission that he weighed 216 lbs with plans to cut in a healthy manner.

On July 29th, more than three weeks later, he submitted a weight check showing he had lost less than 1 lb. This forced the Commission to sanction the fight at no less than 205 lbs. Even so, Paul agreed to the new weight.

Despite typically fighting at 190 lbs, Paul believed he would still come out on top. But it appears his opponent doesn’t share the same view. On Saturday morning Rahman Jr.’s camp informed Most Valuable promotions that they would be pulling out of the fight unless it was agreed to at 215 lbs.

To say the least, Jake Paul wasn’t happy. The fight was canceled and he quickly took to Twitter to call out the unprofessionalism displayed by his opponent.

Paul Calls Out Professional Boxers For Being Scared To Fight Him

“This is not a joke. I’m devasted. I cannot f**king believe this. We just found out this news,” Paul explained to his followers. “And this is just another case of a professional boxer, just like Tommy Fury, being scared to fight me.”

Paul isn’t afraid to fire away at his opponents on social media. And Rahman Jr.’s handling of this situation has only given “The Problem Child” more ammunition.

“The biggest payday of his life times 10, and he’s fumbling it. For what? Because he knows he’s gonna get knocked out by me,” Paul said. “The pressure starts to set in and it’s exactly what happens with all of these guys, same s**t with Tommy Fury.”

Jake Paul vs. Tommy Fury never came to fruition. Now it appears Jake Paul vs Hasim Rahman Jr. is also off the books. Until someone musters up some courage, everyone will have to wait longer to see Paul step back into the ring.