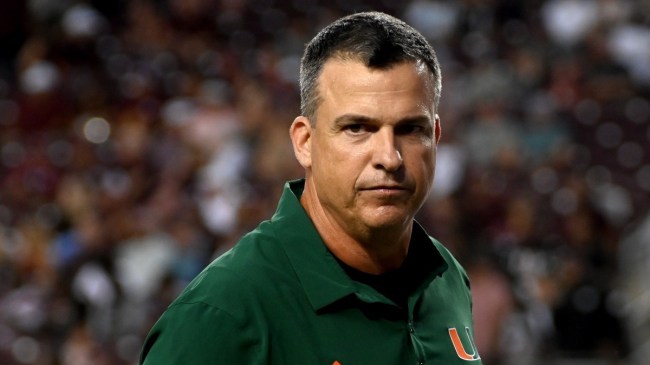 It’s been a terrible, no good, very bad, season for the Miami Hurricanes. Mario Cristobal’s first year as the head coach in Coral Gables has been an unmitigated disaster as they sit at 4-5 and have lost five of their last seven games. That includes a humiliating defeat to Middle Tennessee and a 45-3 drubbing at the hands of Florida State.

But, their recruiting has been good. They have a class ranked in the top ten and have strong NIL backing, led by lawyer John Ruiz. They recently landed five-star cornerback Cormani McClain over Florida, Alabama, and others. So, while the season wasn’t going well, the future seemed bright in Coral Gables.

But, on Thursday it got a little dimmer.

Here is a clip of Rashada throwing.

Yikes. This is terrible timing for Miami, as this late in the cycle there just are not a lot of good quarterbacks out there. In fact, according to 247Sports, the best quarterback left is ranked as the 39th-best quarterback in the class of 2023. They do have a commitment from 3-star Emory Williams, but he’s not anywhere close to the caliber of player Rashada is.

Of course, Miami fans are taking this rationally.

Blowout losses at home to inferior teams have negative consequences…..

Sorry, Miami fans. At least the weather is nice!