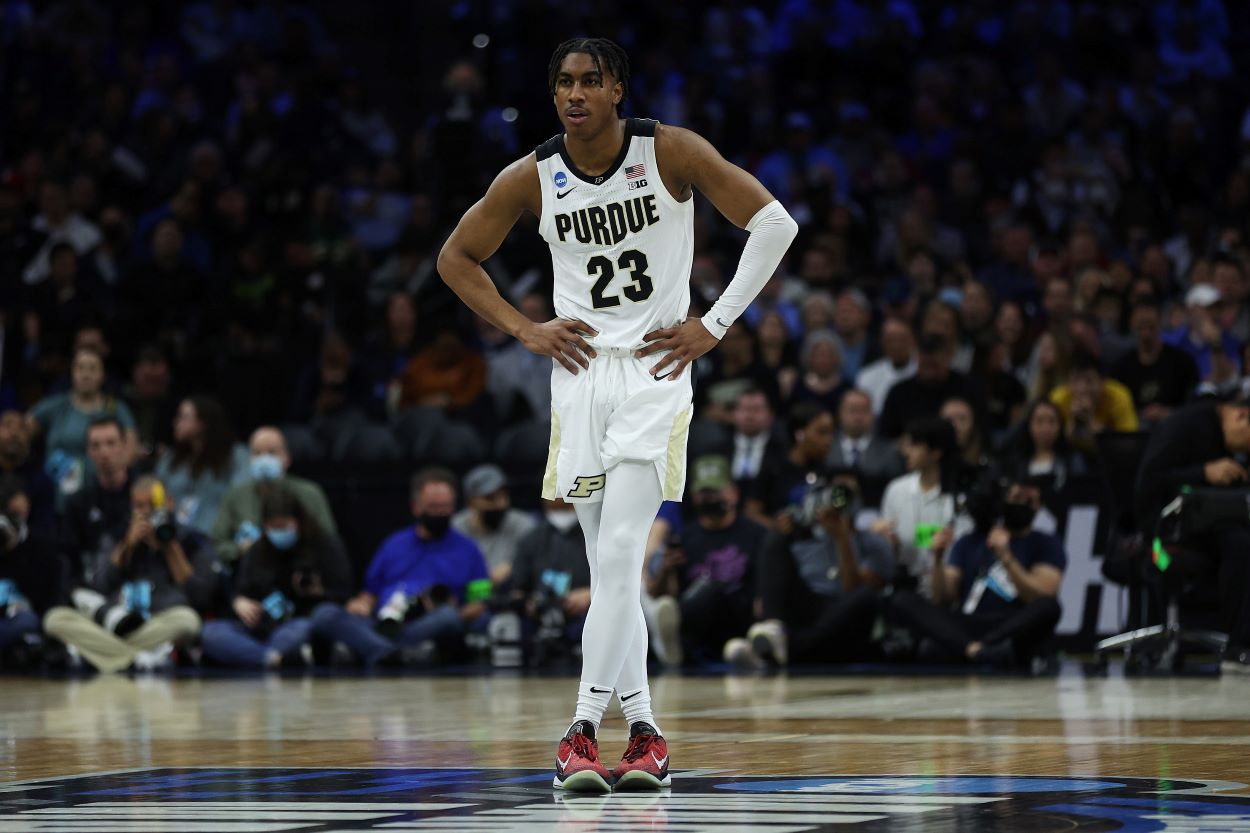 Life is rough as a Sacramento Kings fan.

The franchise is somewhat of a joke in the NBA and hasn’t made the playoffs in 16 years. Then things briefly looked up thanks to rising star Tyrese Haliburton. Instead, the Kings followed that up by traded him away after getting swindled by the Indiana Pacers.

The organization is rudderless and owner Vivek Ranidive is no more than a joke among most basketball fans. Things didn’t get any better on Monday.

Purdue guard Jaden Ivey is an elite prospect in the 2022 NBA Draft. Ivey starred in his sophomore season, averaging 17.3 points per game against one of the country’s toughest schedules. His athleticism makes him one this year’s most intriguing prospects, and he’s not super excited about the Kings.

Jaden Ivey said he hasn’t been in contact with the Kings at all during the pre-draft process:

“If I got drafted there, it wouldn’t be the worst option.”

“It wouldn’t be the worst option.”

What a ringing endorsement. Imagine telling your partner that the outfit they picked out “wouldn’t be the worst option.” Tell me how that goes for you.

But Ivey wasn’t done. Next he had this to say.

The Purdue star isn’t actively avoiding Sacramento, then. It’s all just a misunderstanding. Following Ivey’s comments, NBA twitter decided to jump in on the fun.

someone save Jaden from Sacramento https://t.co/Opg54yUKlJ

The Sacramento Kings, Not the worst https://t.co/CW2yuKMG7o

The “not the worst” quote is funny but, uh, I’m worried the Kings are letting Fox stop them from looking closer at Ivey. https://t.co/AefKQB0l4d

This is the nicest thing a draft prospect has ever said about the Kings. https://t.co/riKZu2GwKN

"not the worst option"

One big question remains following Ivey’s comments. If Sacramento isn’t the worst option, then what is?