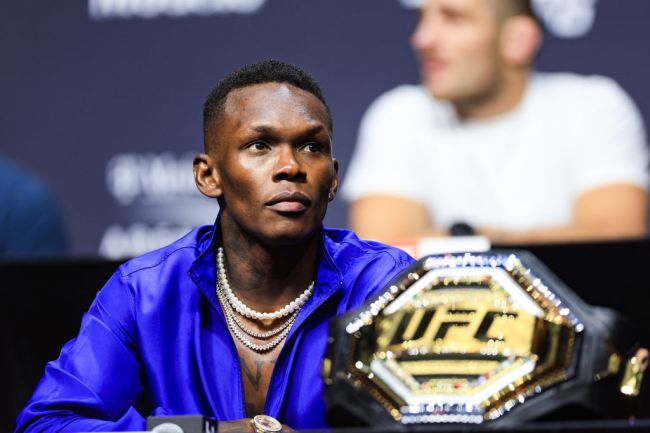 UFC middleweight champion Israel Adesanya isn’t having any of your “stupid” curses.

Following his unanimous decision win over Jared Cannonier at UFC 276,  Adesanya made it clear that he’s hasn’t just broken the Drake curse, he’s “broken all the curses.”

During a post-fight press conference, Adesanya shouted out Drizzy before going on to dismiss the notions of any curses surrounding his career. And he showed up with the receipts.

Safe to say the champ is not superstitious 😅 #UFC276 pic.twitter.com/hl2R37j7E6

Before UFC 276, Canadian music superstar Drake made headlines after placing a “light mil” on Adesanya. In a video posted to Twitter by ‘The Last Stylebender’, the two can be seen discussing the bet over dinner on FaceTime.

Fans were quick to bring up the infamous ‘Drake curse’. Given Drake’s recent luck in UFC fights, the curse seemed very much alive.

He most recently lost a big bet at UFC 274 by taking Justin Gathje over Charles Oliveira, which followed up a losing bet on Jorge Masvidal at UFC 272.

Well now, that run of bad luck has come to an end. With Adesanya successfully defending his UFC middleweight title at UFC 276, Drake won his bet.

The ‘Drake curse’ is finally broken! Let’s see how long it stays that way.