Isaiah Thomas Lays Into The Celtics With Short, Simple Tweet About The Way The Team Handles Injuries 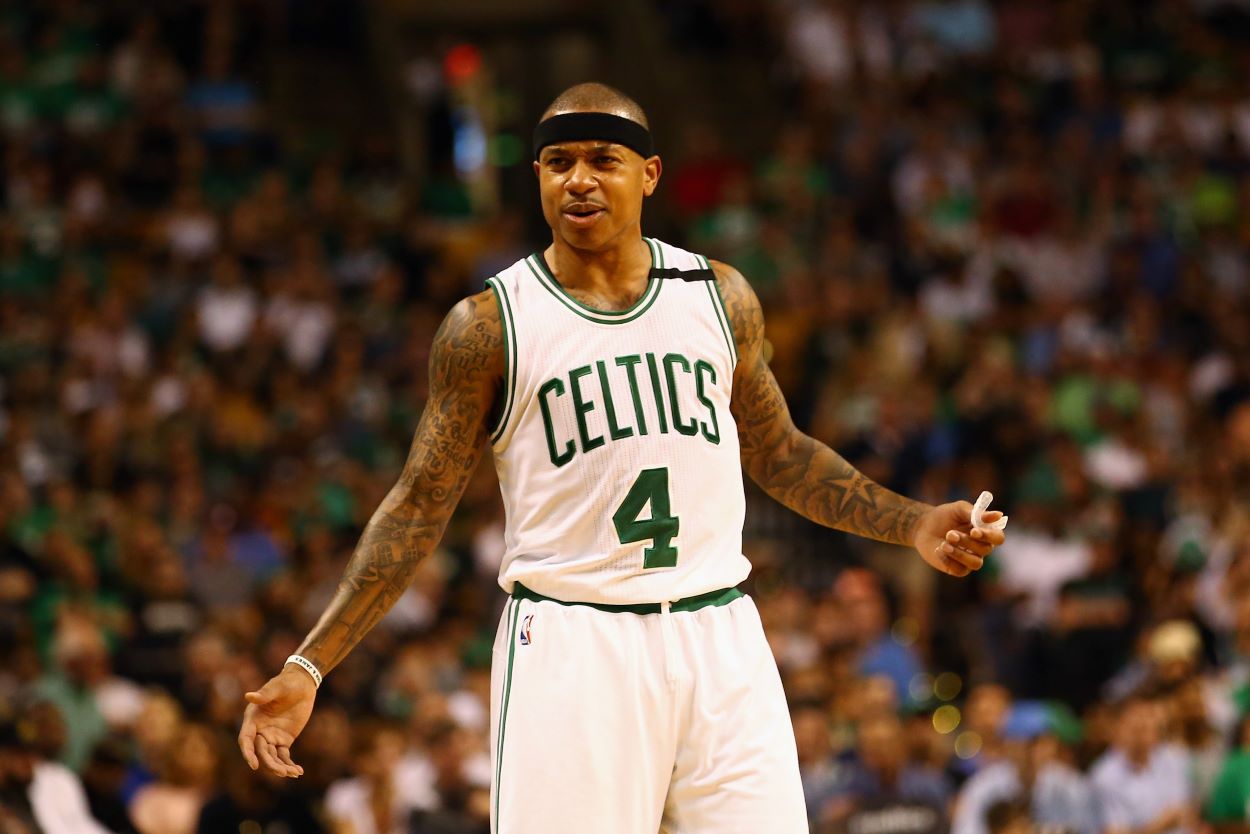 It’s safe to say there is no love lost between former NBA All-Star Isaiah Thomas and the Boston Celtics.

Thomas became a star with the Celtics from 2015-17, making the All-Star game each of the final two seasons. But a debilitating series of hip injuries derailed his run in Boston and eventually his NBA career.

Now Thomas is firing shots at the organization on Twitter.

NBC Sports NBA reporter Kurt Helin tweeted an article saying the Celtics told big man Robert Williams that playing through his knee injury won’t make the condition worse. Williams has miss significant time in the second half of the season with a injury that has plagued him for years.

Heard that before lol https://t.co/oxOEWdvRyT

It’s not surprising to see Thomas speak out so loudly against the organization. He’s on record as saying that the organization never revealed to him the danger of playing through his initial injury. Just five year’s removed, however, his NBA dreams might be over.

IT love you but this ain’t it. You falling off wasn’t the injury, you were in the perfect spot and were of product of your environment.

different injuries. And we had no chance of a title. Time gon play it through and get a ring

Salty for good reasons. Different injury, different player, I feel for you IT but you could of chose to sit when your hip was messed up. Don’t throw shade at the team who’s fan base loves you and wants you back it’ll rub people the wrong way!

But fans of others teams seemed to understand his frustration.

And then they did you dirty and traded you after you gave it all for us that playoff run… a damn shame. IT fan for life 🏁

Boston fans just don’t get it, @celtics is not the franchise to do this for. They see players only as an asset and not actual people. They moved Pierce when they were done with him. No compassion towards players. Pierce should have been in green all his playing career.

Diabolical to tell a young player this. A player you will need in the future at that.

The Celtics are a game away from losing the NBA Finals to the Golden State Warriors. A healthy Williams is key to their hopes of survival. But in Thomas’ mind, the risk may not seem worth the reward.