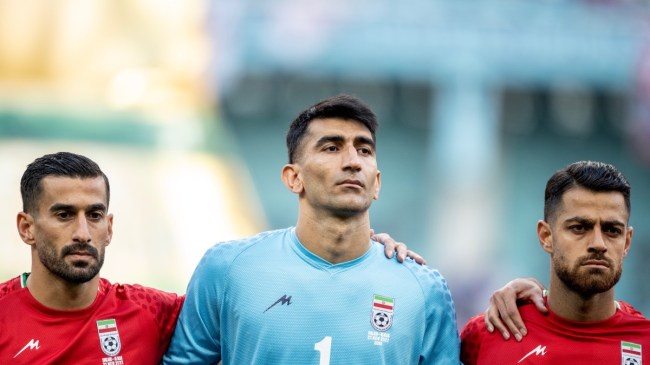 Civil unrest has been dominating day-to-day life in Iran. The Persian nation is engulfed with protests over the alleged treatment of Iranian women who went out in public without meeting modesty requirements . Protests have turned deadly. Some geopolitical analysts say that this is the most trouble the Iranian regime has faced in quite some time.

And, those protests snuck into Iran’s World Cup Opener against England. The playing and singing of the national anthem at World Cup games is known as a spiritual moment for those involved. Fans and players alike belt it out. But, that was not the case Monday morning.

Iranian players did not sing the anthem and fans booed

After a rousing rendition of England’s anthem, God Save The King, it was Iran’s turn. But, what happened shocked the world and could have political ramifications in Iran.

In a World Cup where some storylines have revolved around protests, this was a true act of bravery by the Iranian players.

England will win but must admit I do have respect for the Iranian players who didn't sing their national anthem in protest. The Islamic regime in Iran will be very hostile towards those players. Far more courage than an armband or taking the knee.

It’s unclear if or what potential punishments for the players will be, but it’s certainly quite a statement they made on day two of the World Cup.

Iran lost to England, 6-2, and they played worse than the score suggests.