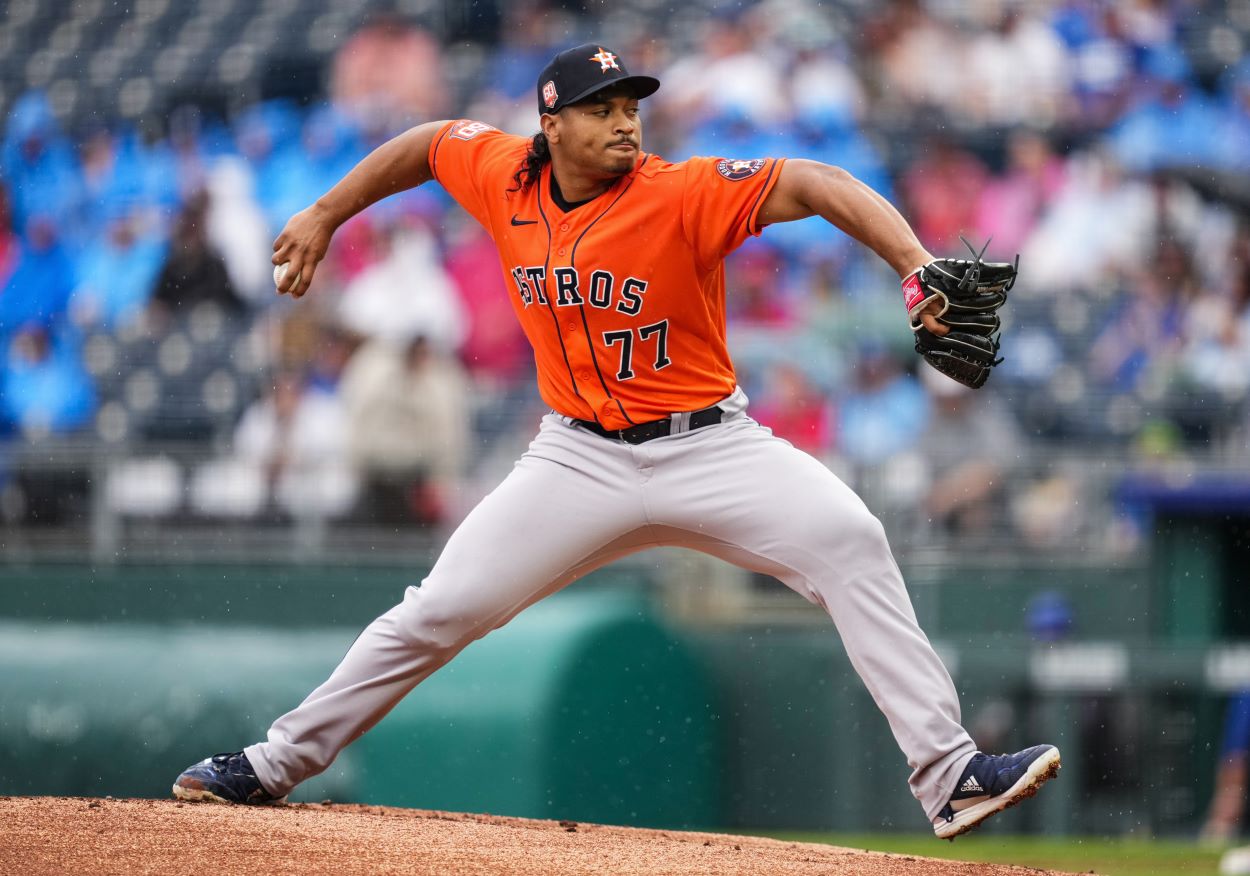 The Houston Astros have been the dominant Major League Baseball team in Texas for a while now. Houston reached three of the last five World Series’, winning it all in 2017. The Texas Rangers, meanwhile, sit three games under .500 and haven’t made the playoffs since 2016.

Garcia needed only nine pitches in the bottom of the second inning to strike out Nathaniel Lowe, Ezequiel Duran and Brad Miller. In doing so, he recorded just the 107th immaculate inning in Major League Baseball history.

Garcia’s inning is incredible for a couple of reasons. For one, it’s only the eighth immaculate inning this decade. Secondly, he hasn’t had a particularly outstanding season. Garcia entered the game with a 3-5 record, a 3.60 ERA, and just 60 strikeouts in 11 previous starts.

He now joins Yankees starter Nestor Cortes as the only players with immaculate innings this season. Astros fans and fans across baseball Twitter were pretty fired up about the accomplishment.

Texas Rangers fans, on the other hand, are not having a good time.

Dios mío @Rangers! This is why we can't afford to choke away games like last night… Series over 😑

To make things even crazier, the same three batters were victim of an immaculate inning later in the game. Garcia had come out at that point, however.

two immaculate innings in the same game, with the same three batters!!!

time is a flat circle 🤯 pic.twitter.com/icwVhzkgrC

Look on the bright side Rangers fans. On this day 10 years ago the Astros were still in the National League and had the worst record in baseball. There’s a light at the end of the tunnel!