Henrik Stenson Goes Back On His Word, Is Now Out As European Ryder Cup 2023 Captain 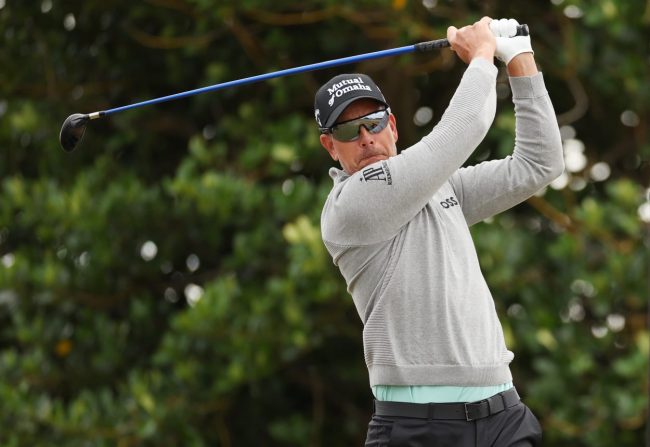 Henrik Stenson was the perfect European Ryder Cup captain. The Swede is a major champion, a FedEx Cup champion, extremely well-liked, and went 10-7-2 in five career appearances in the event. That includes a 3-2 record in singles play.

So it came as no surprise when he was named the team captain for the 2023 Ryder Cup at Marco Simone Golf and Country Club in Italy.

Now, all that has changed.

Just 14 months out from the event, Stenson was officially stripped of his Ryder Cup captaincy on Wednesday in a stunning turning of events. The news comes amid talk that Stenson is the latest big name set to join the LIV Golf Series. The Ryder Cup is run by the PGA of America in conjunction with Ryder Cup Europe.

Henrik Stenson officially stripped of his Ryder Cup captaincy today as he’s on the verge of joining LIV Golf. No replacement has been named, though past captain Thomas Bjorn has been rumored. pic.twitter.com/I2It1CBuP2

Let’s start accumulating all of these in one place. pic.twitter.com/IKcVFyGfxV

“The captain does sign a contract,” he said. “He’s the only one that does that. Players and vice captains don’t. But the captain has an agreement, and those agreements are between Ryder Cup Europe and the captain. So I’m fully committed to my role as a captain and working hard towards the result we want in Rome.”

Stenson is just one of a number of big names to join LIV, including Phil Mickelson, Brooks Koepka, Dustin Johnson and Bryson Dechambeau. The last were all expected to be members of the United States’ 2023 Ryder Cup team. In addition, LIV appears set to poach a big-name member of the media as well.

No replacement for Stenson has been named at this point. Though Jason Sobel of The Action Network mentions Thomas Bjorn as a possibility. Bjorn captained the European side to victory in 2018. He also won all three appearances he made as a player (1997, 2002, 2014).