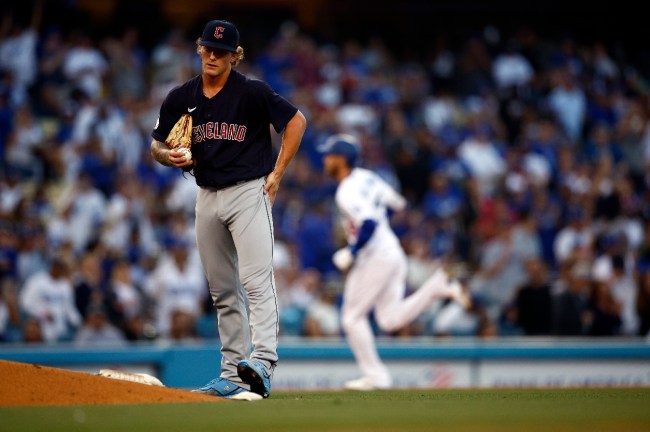 The Cleveland Guardians traveled west to face the Los Angeles Dodgers in California. Zach Plesac and Clayton Kershaw each threw solid outings and gave up one run apiece. It was just a good, old-fashioned pitcher’s duel.

However, the sixth inning provided baseball fans with one of the most bizarre plays anybody has ever seen — and we have to feel sorry for the official scorekeeper.

In the sixth inning, Max Muncy was standing on first base with one out. Cody Bellinger hit a routine ground ball to second base.

Well, it wasn’t routine one bit.

Guardians 2B Andres Gimenez bobbled the ground ball and threw it to first. But, Josh Naylor was off the bag and Bellinger was safe.

So, Naylor quickly fired the ball to third base where the catcher, Luke Maile, was standing. Maile caught the ball and tagged Muncy out, and there we have it.

Officially, it was a 4-3-2 putout and a fielder’s choice for Bellinger. The catcher recorded the out at third base. Yes, really.

You have to see it to believe it.

Everybody was confused, but what was Muncy doing? Nobody knows.