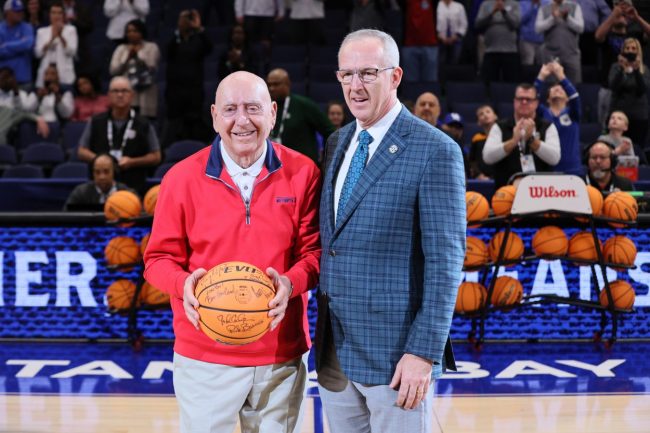 For basketball fans across the country the month of March can only mean one thing: March Madness. The NCAA Basketball Division I tournament is a month where anything and everything can happen. Aside from a change in field size, the tournament hasn’t seen much change in decades.

But now SEC commissioner Greg Sankey feels it might just be time for a “fresh look.”

News: SEC commissioner Greg Sankey wants a “fresh look” at the NCAA basketball tournaments, perhaps with an eye toward expanding the field.https://t.co/2FWTur3zMX

Sankey cautions that he is “not ready to make headlines there yet.” But he also is open to conversations about a Big Dance that doesn’t exclude small-conference champions while potentially including more teams.

As an example, he mentions the 2022 College World Series baseball championship, which was won by SEC member Mississippi—the last team into the 64-team field.

The SEC is 10 years removed from its last basketball championship when John Calipari and Kentucky won it all in 2012. After SEC side Texas A&M narrowly missed out on the 2022 tourney, Sankey says maybe it’s time to take a deeper look at the field size.

Forde does note, however, that Syracuse made the Final Four in 2016 as a 10-seed that was not among the First Four in Dayton. The 2018 Syracuse team reached the Sweet 16 as a First Four team.

Sankey did not offer whether the changes would apply to the women as well as the men. But any changes are sure to have people questioning whether we’re fixing something that isn’t currently broken.