WATCH: Grayson Murray Does His Best Happy Gilmore Impression At The U.S. Open 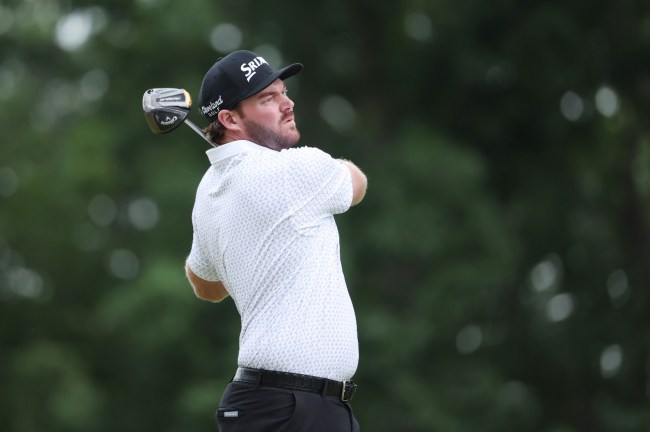 The U.S. Open provided golf fans with a thrilling weekend. From Justin Thomas’ frustration about the rules to Matt Fitzpatrick’s fabulous finish, it was a must-watch event.

On Father’s Day, the event began its final stretch, and Grayson Murray was one golfer who started Sunday in a good way. Murray birdied the first hole on Sunday, but enjoyment turned to frustration quickly, and Murray ended up doing a Happy Gilmore impression — although it wasn’t intentional.

Grayson Murray Takes Out His Frustration On His Clubs At The U.S. Open

On hole No. 7, Murray couldn’t take it anymore.

A couple of holes later, Murray lost it again, snapping his wedge on his leg.

Murray finished 10-over for the day and 18-over for the tournament, so he had every reason to be frustrated. Sure, it wasn’t the Father’s Day or finish Murray was hoping for, but he made some memorable headlines with these antics on Sunday.

The future is bright for Murray, and this is just his second major appearance in his career. Forget about it and move on.