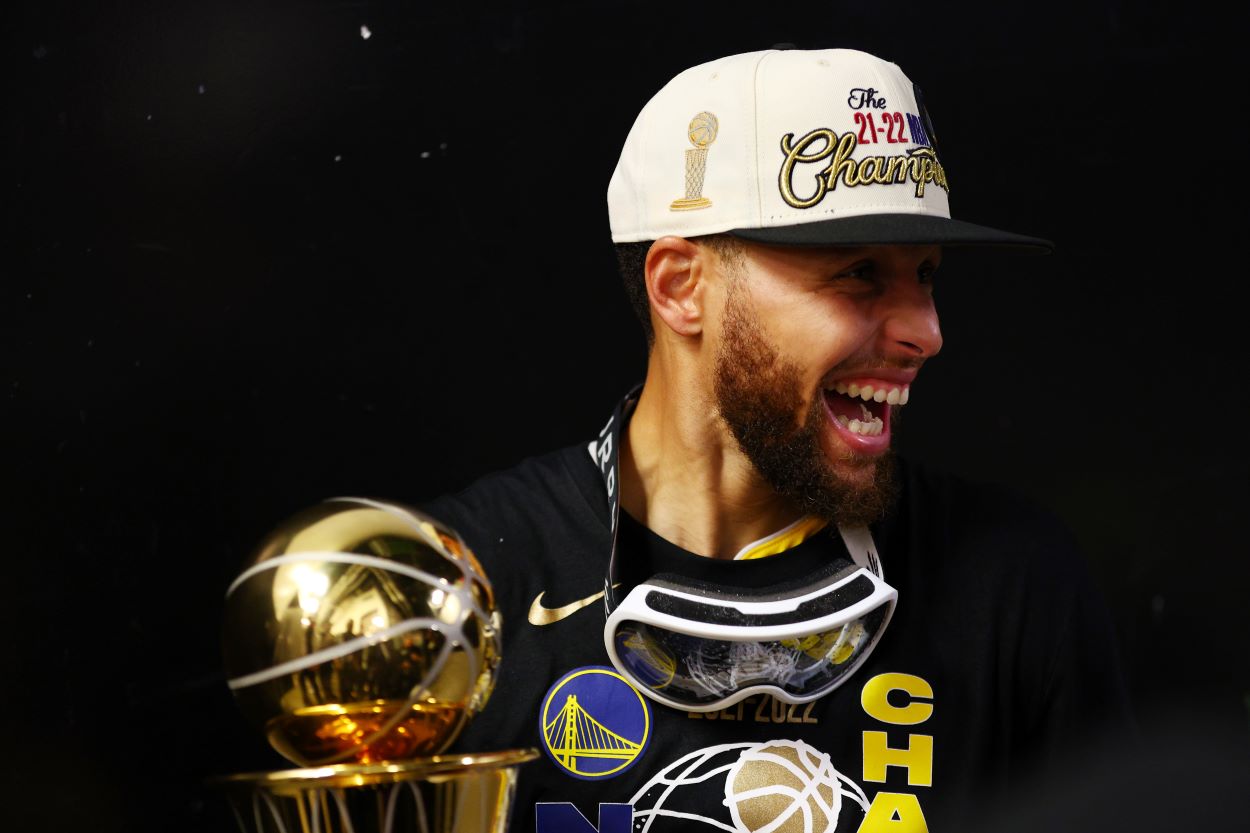 The Golden State Warriors’ NBA championship parade has already had a day’s worth of storylines.

First, Draymond Green threatened to skip the parade altogether. Then Klay Thompson suffered a tragic wardrobe malfunction while on a speed boat to the parade.

But the latest happenings might just be the greatest of all-time. In fact, it’s absolutely the GOAT.

Warriors Fan Brings The Goat To The NBA Finals

Steph Curry’s NBA finals heroics have many people discussing his spot among the greatest players in NBA history. Curry took home the NBA Finals MVP. He averaged 31.2 points, 6 rebounds and 5 assists over the six games. Curry also shot a remarkable 43.7 percent from deep in the series.

Honestly Steph is the GOAT conversation 100%. Played on the same team his entire career and won 4 Championships. And arguably is just riding his prime years in my opinion. He got 2 more. I’m calling it.

Steph Curry is undoubtedly the greatest PG of all time.

Where does he rank in goat conversation? pic.twitter.com/8YnG1ZK6sV

For one Warriors fan in particular, it’s not even a discussion.

Someone brought a goat in a Curry jersey to the parade 😂🐐 pic.twitter.com/1SOC97NYNy

Yes, that is a goat. And yes, it is wearing a Steph Curry jersey. Though there’s no confirmation yet of whether the goat’s name is actually Steph Curry. Unsurprisingly, the goat (literally, but also Steph) is the center of attention during the parade.

I’m buying a goat for this purpose. #DubNation https://t.co/BY3xU1HGct

Put that GOAT on the parade bus 🗣️ https://t.co/Pjl2lci5UY

Of course, seeing a goat and the word curry did make some people pretty hungry.

Who thinks that goat is going to be a curry later in the week?

With any luck the goat will avoid getting cooked the way the real Steph Curry cooked the Boston Celtics.