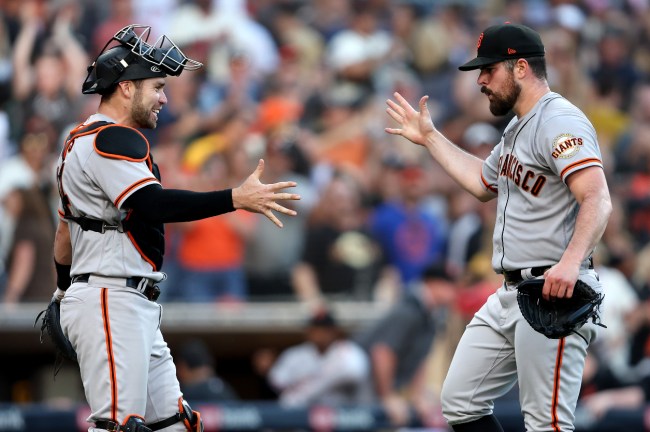 The announcement of the 2022 MLB All-Star teams provided us with another long list of snubs (and some questionable jerseys). Because the MLB brings at least one player from each team, many players are continuously left off the roster.

Rodon’s wife was not happy that her husband was left on the list, either.

Are you actually kidding…. 😂 Man leads the NL in WAR. Wtf.

But, she can rejoice a little bit now, as Rodon will head to Los Angeles next week for the Midsummer Classic.

For the second straight season, @Carlos_Rodon55 is an All-Star 🌟 pic.twitter.com/niheLFZOoI

That’s a well-deserved honor for Rodon, who has been sensational in his first season in the Bay Area. Rodon has a 2.70 ERA and an 8-5 clip since signing a monster two-year, $44 million deal in the offseason.

Giants fans were more than thrilled at the inclusion of Rodon, although he should have been there from the start.

All is right again. Dude absolutely deserved to be going to the All Star Game. https://t.co/jD0MLuWvB8

His teammate, Logan Webb, summed it up perfectly with one GIF.

Carlos Rodon has been a bright spot for an underperforming Giants team and will join teammate Joc Pederson at the festivities. Just when it looked like Rodon would be snubbed altogether, he gets in. Finally.