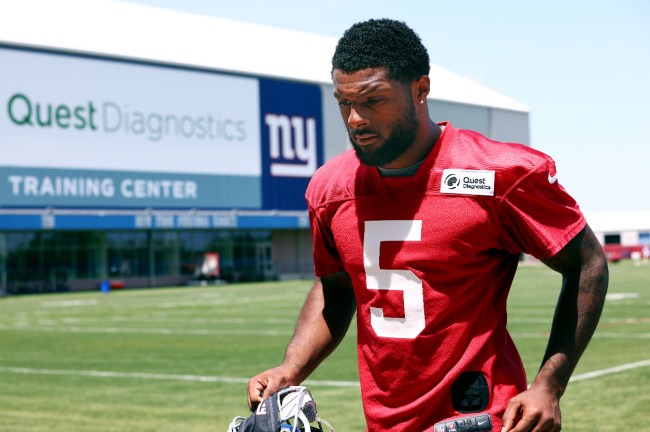 The New York Giants selected Oregon star Kayvon Thibodeaux in the first round of the 2022 NFL Draft. They are hoping he becomes a cornerstone on the defense.

In the Giants’ preseason game against the Cincinnati Bengals, Thibodeaux left the game after a brutal-looking injury. At the time, fans thought this was a season-ending injury for Thibodeaux.

He waived off the cart and was able to walk off under his own power 🙏
pic.twitter.com/9mI6Vvymsq

However, the Giants got the best-case scenario on Monday with the injury diagnosis. According to Adam Schefter of ESPN, Kayvon Thibodeaux has a sprained MCL and will miss 3-4 weeks.

Initial tests revealed that Giants’ DE Kayvon Thibodeaux suffered a sprained MCL that is expected to sideline him 3-4 weeks, per source. His ACL and meniscus were intact.

Giants are still hopeful that he will be ready for the regular-season opener vs. the Titans, per source.

Yes, Thibodeaux’s status for the season opener is suddenly in doubt. However, many expected that he might kiss 3-4 months after the injury over the weekend.

The fans in New York breathed a collective sigh of relief after seeing the diagnosis.

Not great, but better than most expected after he went down. https://t.co/CVVQIwPK1A

3-4 weeks is much better then 3-4 months or an entire season.

Collective sigh of relief there. Very good news for Kayvon Thibodeaux and the Giants. https://t.co/k1kA0XBwQ1

Others, however, ripped apart Bengals tight end Thaddeus Moss for what looked like a dirty hit.

This is ridiculous, dangerous and cowardly! Straight cowardly. Prayers up for Kayvon Thibodeaux.

But, others explained this was a legal hit, which should bring into question the NFL rule that is in place.

Nonetheless, the Oregon star should be ready to go by the beginning of the season or shortly after, at the very least. After a stellar run in Eugene, there is a ton of hype, and Thibodeaux was even in the running for the top pick before a tiny slide in the draft.