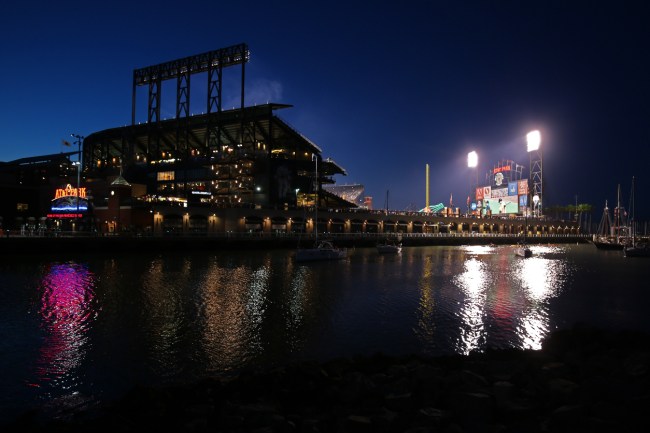 The San Francisco Giants and Detroit Tigers were in the middle of a rather boring game on a Tuesday night in the Bay Area.

There is currently a giant rabbit inside Oracle Park pic.twitter.com/PasfyHNBli

This fan was walking around holding it, and everybody was trying to pet it at one point.

Who brings a rabbit to a baseball game? Apparently, this guy. And we just can’t get enough of this.

The Rabbit At Oracle Park Has Everybody Surprised

Have you ever seen a rabbit at a baseball game before? Maybe it was running on the field, but this one was brought in by a fan, and the size of it was something else.

Everybody went wild seeing this.

BUNNY IN THE HOUSE https://t.co/wEmQiCdAoL

And it's not made out of chocolate. What is going on here?!? 🤯 https://t.co/BRiTxghin3

Well, on a Tuesday night at the end of June in San Francisco, we saw something out of the ordinary: A Massive rabbit at Oracle Park.

The bunny turns out to be Alex the Great, and here’s his Instagram page. Really.

Hopefully this fan brought some food and water for the rabbit.