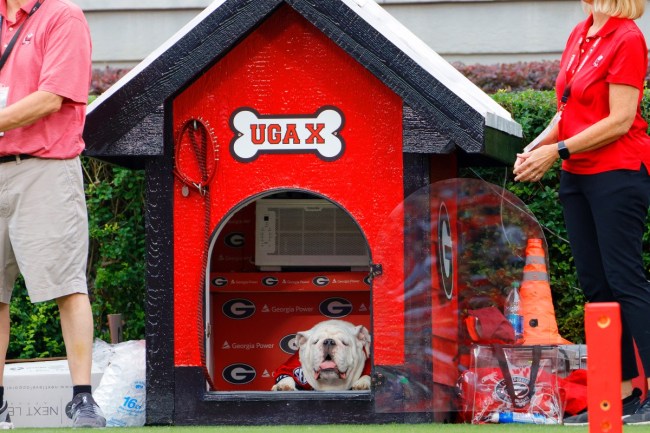 But, the last two weeks have not been going well. Georgia limped to a 39-22 win over Kent State last week in a game that was a one-score game in the 4th quarter. And this week is not going much better.

The Bulldogs are playing downright terribly as 29.5 point favorites against bottom-of-the-barrel Missouri and they trail 16-6 at halftime.

It’s been a pathetic showing on both sides of the ball for the Dawgs, and if Mizzou could score in the red zone it could be a blowout.

Georgia is definitely good enough to come back and win, and I think they will. But, they’re not playing at the level of other national championship contenders right now.

MISSOURI BREAKS OFF A 63 YARD RUN AGAINST GEORGIA’S DEFENSE 🔥 pic.twitter.com/Oih30iLTRG

Everyone is wondering what is up with the Bulldogs

Just went ahead and called the cops on myself

This is the gist of what most Georgia fans are thinking. They just look so bad.

I’m about done. We look sorry as hell again this week.

If Georgia survives this, will require a massive revival of offense and defense figuring it out more without Carter because this is a shockingly awful performance.

It’s that kind of night so far for Georgia fans. Let’s see if they can hang on.