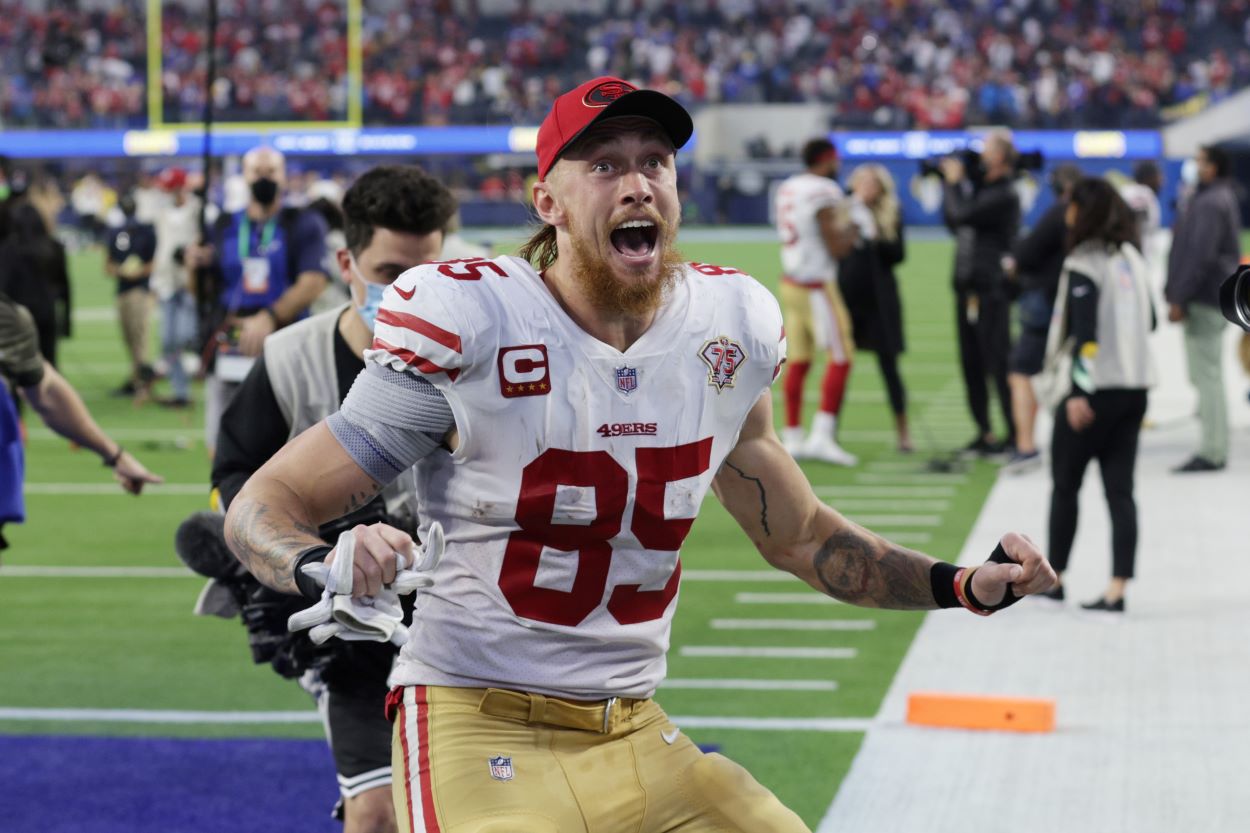 San Francisco 49ers tight end George Kittle is one of the league’s most outspoken players.

Whether it be trash talk or his opinion on things around the league, Kittle is never short on things to say. Now Kittle is taking aim at the NFL and the way it handles both scheduling and player health.

Kittle recently joined comedian Kevin Hart for his YouTube show, Cold As Balls. The show puts Hart and his guest in an ice bath as the host discusses anything and everything.

Starting at the 8:40 mark of the interview, Hart begins to ask Kittle about where he’s at physically in his career. Kittle responds by talking about the new NFL schedule and how he would like to change it.

“Seventeen games is a lot. That’s a lot of games. Then with one bye, whether it’s week four or it’s week 11. I’m advocating for two byes. So if you could get that to happen, that would be cool. Pull some strings, Kevin.”

Hart then brought up former Pittsburgh Steelers linebacker James Harrison, who spoke about how much money he invests in his body in maintaining his physique while staying healthy.

Kittle then said that he probably spends a “couple hundred thousand dollars” in order to be able to stay healthy and stay in shape. In other words, Kittle spends the same amount annually that former Pro Bowl defensive tackle Gerald McCoy once spent just to secure his jersey number.