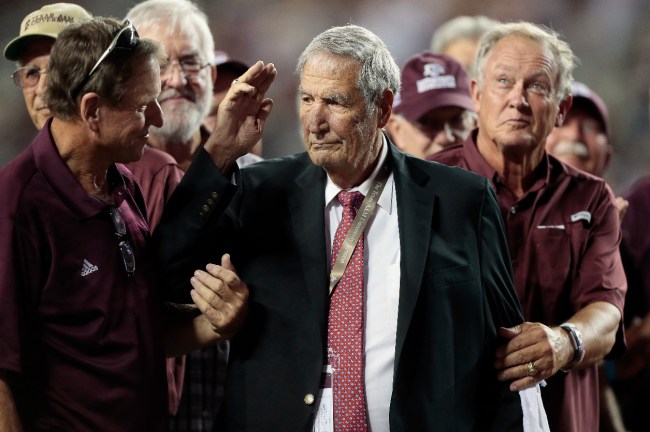 The NIL buzz has quickly taken over the world of college sports. The latest NIL news came about with the Pac-12 agreeing to a deal with Twitter and Opendorse for the athletes to get paid for posting their highlights, which has been a long time in the making.

However, not everybody is entirely pleased with the new state of college sports. Legendary head coach Gene Stallings, who coached at Texas A&M and Alabama, isn’t a fan of it (h/t Riley Gates of 247Sports).

“You used to be put on probation for it. Now it’s legal. You can just buy a player. I’m really opposed to that. Somewhere along the line, we got to realize you go to college for an education. Education is never mentioned. It’s whether or not he’s going to be transferring to this school, to that one, how much eligibility he’s gonna lose. What about the (credit) hours he’s gonna lose? But somewhere along the line, we still got to realize we go to college to get an education, not to play football.”

Now, take this with a grain of salt if you want to. Stalling coached for over 40 years, starting his career way back in 1958.

Gene Stallings Has Every Right To Be Upset, But Times Have Changed

Even just a decade ago, it was unheard of for players ever to get paid for playing college sports. Now, it is the norm, and players are getting millions to play sports and rewarded for their performance.

The NIL has only been around for one year, barely. So far, it has been a massive success for the players, although not everybody will be on board with this. As Gene Stallings says, it’s about education first, which has been lost with the NIL.

Then again, most of these players are aiming for the professional ranks and will head for the draft before even finishing up their college classes.