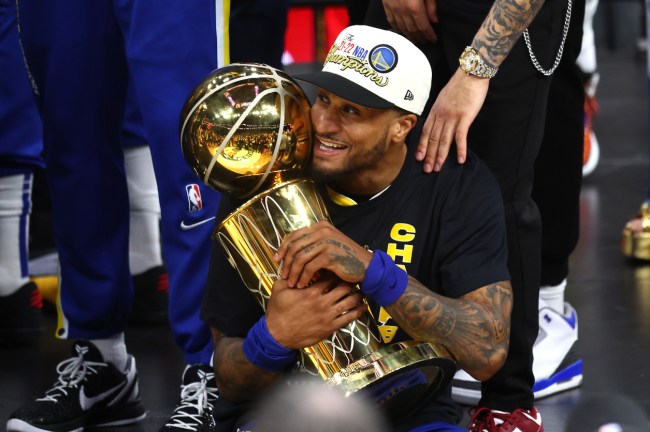 The Golden State Warriors championship parade is in full swing in the Bay Area. Stephen Curry came iced out with a clean outfit. The fans even honored Curry with a literal goat. Yes, really.

Well, the parade itself was nothing short of excellent, and Gary Payton II was having the time of his life. Payton was going his best J.R. Smith shirtless impersonation and celebrating with the fans.

But, sadly, one of the fans snatched his hat from his head.

Payton was just trying to have a good time with the fans, and boom, his hat got taken off of his head.

Payton was having the time of his life, and rightfully so. After a back and forth career between various NBA teams and the G League, Payton played in 71 games with the Warriors and became a key contributor during their playoff run, including 15 points in Game 5.

Payton was shooting a water gun into the air and taking pictures with the fans when his hat went missing from his head. For what it’s worth, this happened to Klay Thompson earlier in the day and he replaced it with a sailor’s hat, so maybe Payton has a backup lined up.