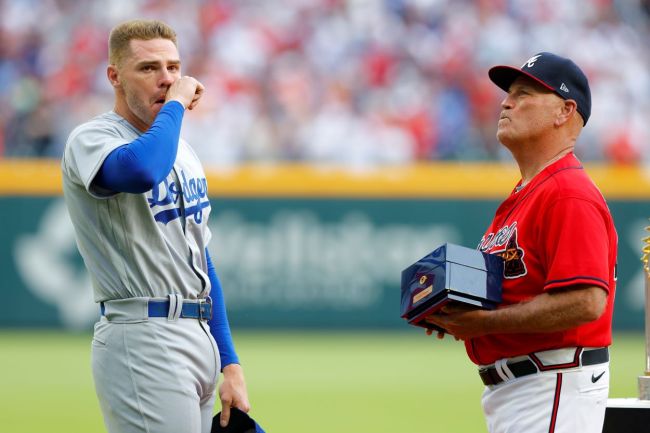 Yes, Freeman has been very good. He’s batting .304 with eight home runs and 47 RBI. But isn’t quite at the level he was when he won the National League MVP in 2020 and for $162 million, that’s what the Dodgers expect.

Then there’s the matter of his emotional state. Freeman’s contract negotiations with the Braves were contentious and neither side seemed to be happy with how they went. Freeman spent the first 12 years of his career with the club and wrote an open letter to fans when he left.

Freeman is an emotional guy. But his press conference prior to his first game back in Atlanta seemed more than his usual emotions.

Now, it turns out that maybe Freeman didn’t want to leave Atlanta in the first place.

Sources: Freddie Freeman, who has told friends he's angry with how his free-agent negotiations played out, is changing representation, away from Excel. He is currently listed as being self-represented.

Here's the story about Freddie Freeman dismissing his agents: https://t.co/WldvOS7v27 More context for his emotions over the weekend.

Freeman cut ties with lead agent Casey Close and Excel, the agency that handled his negotiations with both the Braves and the Dodgers. He’s now listed as self-represented and had the MLBPA send an email ordering agents not contact him, according to ESPN’s Buster Olney.

Freeman reached out to some of his former Braves teammates and expressed shock that his negotiations had played out as they had. Within a week, Freeman had signed with the Dodgers for six years and $162 million, although the deal contains $57 million in deferred salary. That deal, in the end, could be worth less than the total value of the Braves’ offer, given the heavy deferrals and California state taxes.

Freeman’s Braves career ended with a World Series ring and many considered him an Atlanta legend. But he’ll now be playing out his career across the country, far from the place where he made his name.