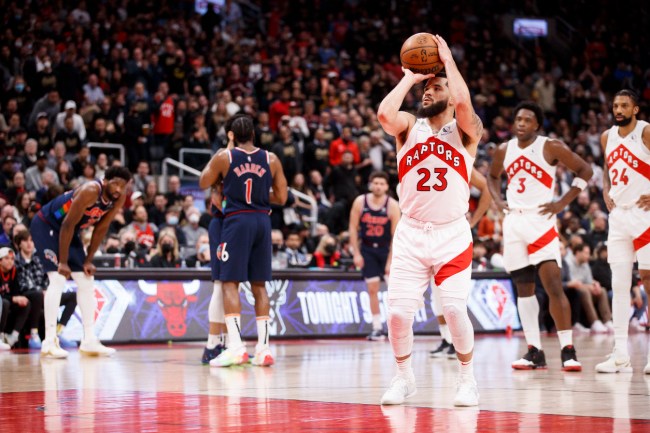 With the NBA free agency set to kick off, Toronto Raptors guard Fred VanVleet is keeping his tensions cool. VanVleet was recently seen at a kids camp and went viral quickly after crossing over some kids in hilarious fashion.

Here’s the clip of VanVleet:

That must hurt the kids, and VanVleet is nothing but a joy for those at the camp. This is definitely crueler than Zion Williamson dunking at a kids camp.

VanVleet quickly went viral and drew a number of reactions from fans everywhere for this ruthless clip.

He should be arrested for that 2nd one my God https://t.co/FQP5OpFyg7

Aye, Fred is a got damn menace, LMAO, he dropped two of them kids at once 😭 https://t.co/VPWlEEwlfM

VanVleet has every right to be feeling good. According to Jake Fischer of Bleacher Report, the Raptors guard is in line for a rich extension this offseason.

Toronto and Fred VanVleet appear headed towards a contract extension that could approach four years and over $110 million.

Well, that’s certainly a reason to be smiling. VanVleet was a first-time NBA All-Star this past season, averaging a career-high 20.3 points per game. Now, he’s in line for another payday and crossing up kids at camp.