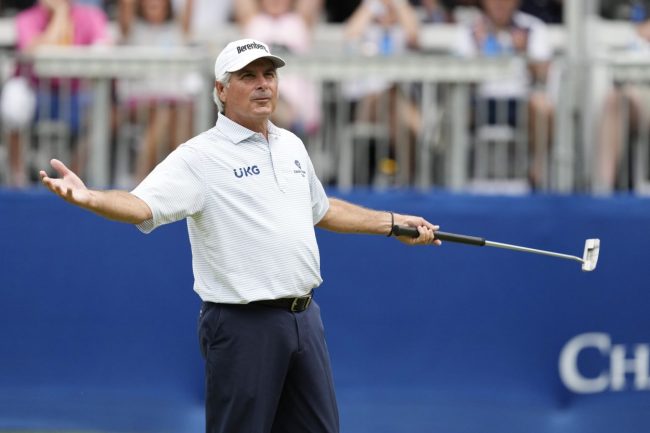 Fred Couples has never been one to hold back when speaking with the press.

The 1992 Masters champ is as famous for his gregarious personality and outspoken ways as he is for his golf game. Now, he’s back making headlines with his recent comments.

“These guys — you’ve seen their interviews, right? Have you ever seen Phil look so stupid in his life? They know it’s a joke.”

Fred Couples sounds off on Phil and LIV Golf. https://t.co/ql94H65NXk

In an interview with GOLF.com, Couples said that former Ryder Cup teammate and golf superstar Phil Mickelson looks “stupid” due to his defense of the upstart LIV Golf series.

“These guys — you’ve seen their interviews, right?” Couples said. “Have you ever seen Phil look so stupid in his life? They know it’s a joke,” he said.

Mickelson, of course, has been one of the faces of the Saudi-backed league. Recently, Brooks Koepka joined he and Dustin Johnson as LIV Golf’s premier players. Fans were not at all happy with the decision.

But it wasn’t just Mickelson who Couples took shots at. The former Ryder Cup and Presidents Cup captain said he’s “done with” the whole thing when it came to LIV.

“I heard of all people (Pat) Perez was a little confrontational,” Couples said. “He’s a grain of sand in this Tour. He should be soft and kind, but he’s, like, raising his voice. I’m done with it.”

Perez is 46 years old and has one just three times on the PGA Tour.

Couples Prepares To Lead US Team In New Event

The explosive interview came before Couples captains the American side in the upcoming Icons Series. The new event pits celebrities from across the globe in a team-style match play tournament.

Michael Phelps, Ben Roethlisberger and Michael Strahan are among the players leading the US side. While Canelo Alvarez, Pep Guardiola and Harry Kane lead the world side.

The event begins on Friday, June 1 and can be streamed on NBC’s Peacock app beginning at 2 p.m. ET.