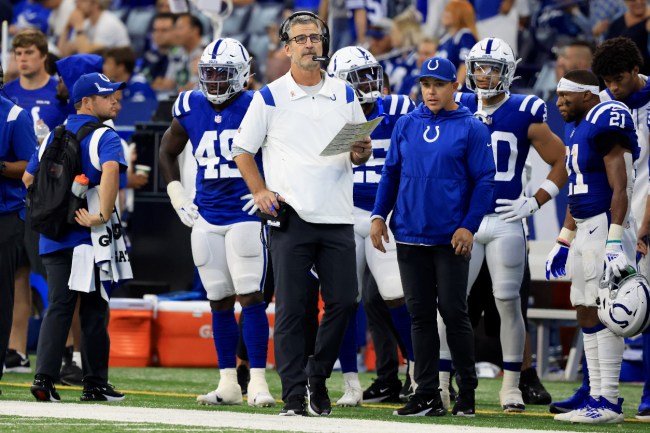 Fantasy football season is always a fun time for the diehard players. NFL head coaches have a grand time hinting at players to pick up each year. This time, Indianapolis Colts head coach Frank Reich offers some advice regarding his offensive scheme.

Surprisingly, however, it has nothing to do with star running back Jonathan Taylor — who will widely be considered the best RB in both fantasy and real-life football.

From Colts HC/play-caller Frank Reich: "If I was a fantasy owner, I'd consider drafting Nyheim (Hines)."

Is Reich just teasing everybody, or is there actually something worthwhile to this?

Is Frank Reich going to feature Nyheim Hines more this season or is this another fantasy football tease?

But, Reich made sure to mention Hines in May. It is interesting.

In the 2021 season, Hines was basically a non-factor. He caught 40 passes for 310 yards (both career-lows) and rushed for 276 tards and two scores on 56 carries despite playing in every single game. In fantasy terms, that was good for 49th among all running backs in PPR leagues, so that isn’t very good at all.

But maybe Reich is implementing a new package on offense and is attempting to feature Hines.

Heavy install day today for the Colts. Lots of RB work (tons of carries/catches for Taylor/Hines). A few deep shots from Matt Ryan. Some nice flashes from Isaiah Rogers and Brandon Facyson.

But, overall, not much to glean from the workout. Remember, it's still May.

As Zak Keefer mentions, it’s still May. So, maybe Reich is just having fun. Or, just perhaps, Hines is going to see a massive uptick in opportunities in the 2022 season.