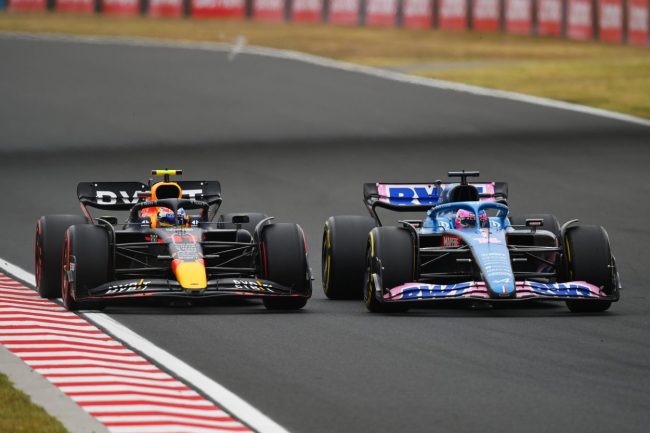 It’s been a whirlwind past seven days or so for Formula 1’s Aston Martin race team. Four-time world drivers champion Sebastian Vettel announced last week that would leave the team and retiring following the 2022 season.

Vettel joined Aston Martin in 2021 but has struggled with a car that has largely run toward the back of the pack. His retirement announcement still came as a surprise to many. Vettel released an emotional, straightforward video stating that he’d like to pursue a life of activism following his racing career.

But as the saying goes, when one door closes, another one opens.

That’s the case for Aston Martin, which made a stunning announcement on Monday morning.

We are delighted to confirm that two-time #F1 World Champion @alo_oficial will join the team from next season on a multi-year contract.

Tap below to read more. ⬇️#WeClimbTogether

Two-time F1 world champion Fernando Alonso will join the team starting 2023. Alonso’s move comes as a shock for a number of reasons. Not the least of which is because he currently races for Alpine (née Renault), with whom he won both of his championships with. But also because of the speed at which the deal progressed.

Alpine has also showed to have significantly more speed in the 2022 season than Aston Martin and the 41-year-old Alonso likely isn’t far behind Vettel in terms of retirement.

Needles to say, the Formula 1 world was both shocked and confused by the news on Monday morning.

Wow. Just wow. This could be another shocker of a career move from Alonso. Hopefully that means Piastri in at Alpine, though! #F1 https://t.co/dVOBQaTPQI

As for Alpine, it opens up a seat with the team for young Australian prospect Oscar Piastri. Piastri won the F2 world championship in 2021, but was blocked by Alonso and Alpine teammate Esteban Ocon for an F1 season. Now that appears cleared up, and the F1 grid will look far different in 2023.