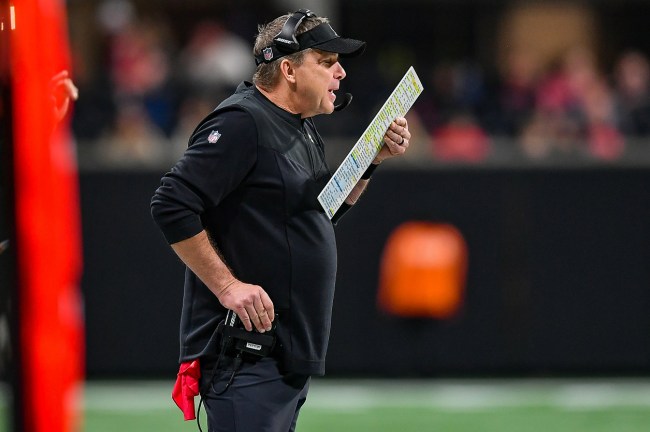 Former New Orleans Saints head coach Sean Payton surprised everybody when he announced his decision to walk away for the 2022 season. Payton is headed to the FOX broadcast booth in what should be a smooth transition.

However, Payton might not be done with coaching just yet. Reports surfaced that the Miami Dolphins were eyeing a Sean Payton-Tom Brady pairing, but the GOAT’s retirement ended those talks.

Now there’s a new report. According to Barry Jackson of The Miami Herald, the Dolphins are one team Payton would consider in 2023.

But the Dolphins will have at least a chance next spring if they make a coaching change and again pursue Payton.

Well, that’s shocking, especially with new head coach Mike McDaniel in town. But, what’s even more surprising are the other two teams.

But the associate said he could also see Dallas and the Chargers among other teams that would interest Payton should their jobs become open.

Alright, the Dallas Cowboys aren’t a surprise as Payton, and Jerry Jones have a strong relationship. But the Los Angeles Chargers? They are an up-and-coming team with Brandon Staley as head coach. It remains doubtful that the Dolphins and Chargers would fire their young coaches this quick, but then again, Payton is a household name.

Let the Sean Payton Sweepstakes begin. Or maybe not.

Nonetheless, Payton returning in 2023 makes a lot of sense, although the Chargers and Dolphins might not make sense.