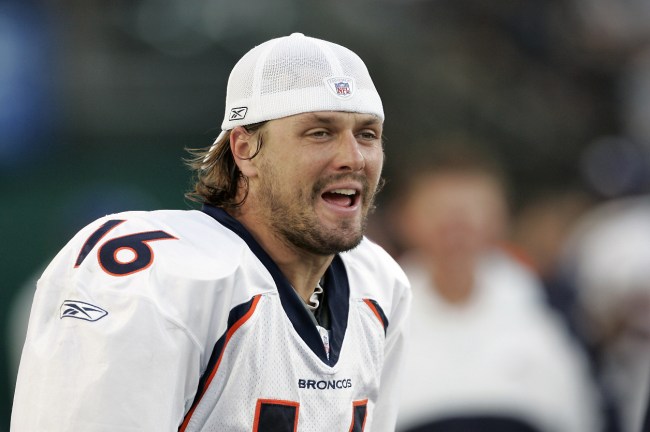 Former NFL QB Jake Plummer has begun a new venture away from the gridiron. After spending a decade in the NFL and four seasons with the Denver Broncos, Plummer is making headlines in the Colorado area again.

This time, however, it isn’t for football. Instead, it’s for his new farming business, which involves functional mushrooms, according to Colette Bordelon of ABC Denver7.

…MyCoLove Farm is the beginning of a Colorado company called Umbo. Plummer, along with his friends Del Jolly and Rashad Evans, co-founded Umbo. They grow functional mushrooms and sell some to popular Colorado restaurants, while putting others into products like granola bars and supplements.

Yes, Plummer has gone from slinging footballs to slinging mushrooms in the Colorado area.

Plummer’s new business is quite the change but is expected to take off. Plummer also spoke to great lengths about why he decided to go this route (h/t Colette Bordelon).

“I found a lot of healing through mushrooms, a lot of healing of old pains, old traumas. As athletes, we were able to defy the odds. I defied the odds to become a quarterback in the NFL and start for 10 years. So, who’s to say I can’t flip the script on all my old injuries and stop aging really?”

Plummer and his group have done extensive research on the subject matter, and the former Broncos QB is excited for what lies ahead with this journey.

That is a big change.