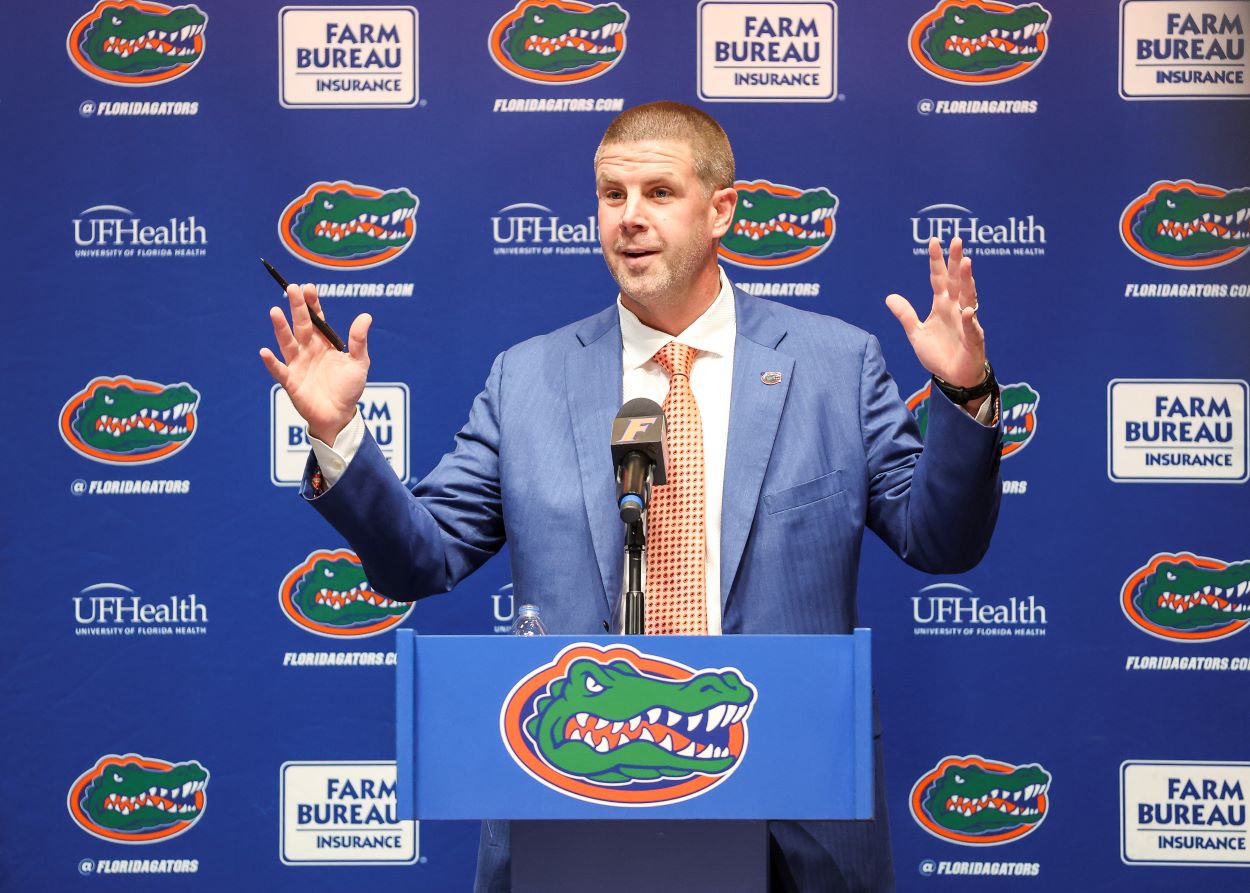 Napier replace Dan Mullen in November and, after a brief period of hype, already has fans calling for him to go. The for Louisiana-Lafayette head man has yet to coach a game for the Gators, but the anger stems over the Gators’ rough recruiting stretch.

Florida currently sits 40th in the 247Sports class of 2023 recruiting rankings and has already missed out on a number of big targets. The Gators have blown apparent leads for three big targets in recent weeks. First, five-star cornerback AJ Harris chose Georgia over Florida, then four-star defensive end Tomarion Parker committed to Penn State over the Gators.

The struggles prompted Napier to pen an open letter to Gators fans.

In the letter, he asks fans to be patient and stresses the importance of the program’s name, image and likeness program, GatorMade.

“GatorMade provides opportunities in financial literacy, micro-internships, networking, mentorship, agent education, NIL, business weekend trips and even service abroad. We want to have a place where we work toward having a life-changing impact as a person, as a student and as a player. And GatorMade provides the building blocks.”

Fans did not take well to the letter.

Some are even asking for Napier to be fired.

Napier is another Jim McElwain……Give it time you'll see.

Times are tough for Gators fans right now. Then again, they’re even tougher for Billy Napier.