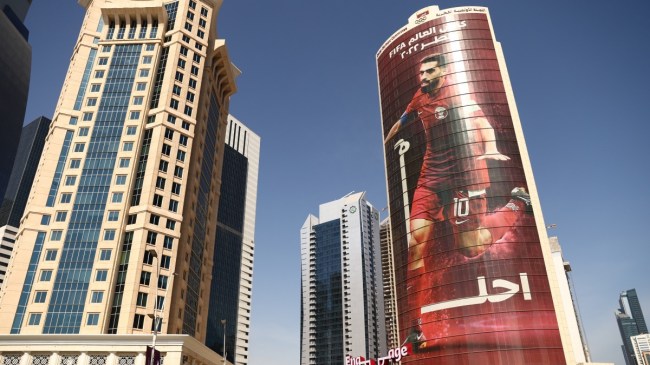 In a World Cup full of controversies surrounding various political issues, FIFA seems to be taking the worst positions possible. After Qatar, the host of the 2022 World Cup, assured for over a decade beer would be readily available, they reversed course just hours away from the kickoff of the first game.

And, one of the biggest issues is regarding LGBTQ+ rights in Qatar. Homosexuality is criminalized in the Middle Eastern country, and is not even allowed to be discussed or promoted in public.

Many teams have planned on doing things to highlight their support for LGBTQ+ rights. One of those things was to wear captain’s armbands with LGBTQ+ symbols on them. But, that won’t be happening.

The captains of England, Wales, Belgium, Denmark, Germany and the Netherlands will NOT wear the OneLove anti-discrimination armband in their World Cup openers after confirmation that they would be given yellow cards if they took part in the initiative.https://t.co/A7WQymwtV2

The article says, in part:

The captains of England, Wales, Belgium, Denmark, Germany and the Netherlands will not wear the OneLove anti-discrimination armband in their World Cup openers after confirmation that their captains would be given yellow cards if they took part in the initiative.

The announcement came just before their World Cup campaigns were scheduled to start. The national federations said they were prepared to pay a fine for their captains to wear the OneLove armband, but once it became clear their captains would be sanctioned, they had to change plans.

“FIFA has been very clear that it will impose sporting sanctions if our captains wear the armbands on the field of play,” a joint statement from the nations read. “As national federations, we can’t put our players in a position where they could face sporting sanctions including bookings, so we have asked the captains not to attempt to wear the armbands in FIFA World Cup games.

This decision will surely have some fallout for FIFA in the Western world.