Baseball Fans Are Absolutely Roasting Fernando Tatis Jr. After He Was Suspended For A Positive PED Test 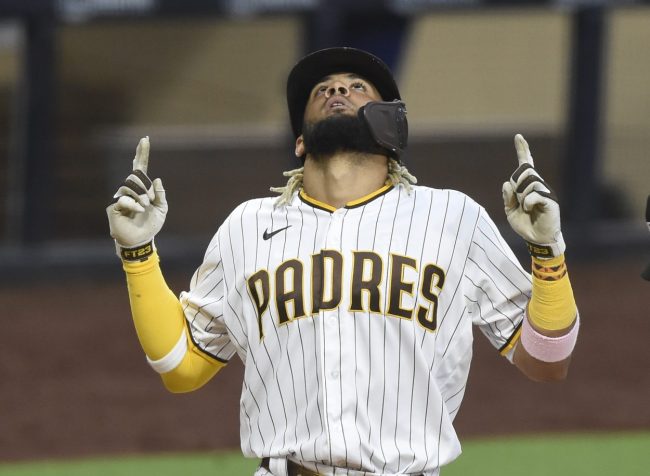 Less than two short weeks ago, the San Diego Padres were the talk of the baseball world and the betting favorites to win the World Series. They had just acquired young superstar Juan Soto in a trade with the Washington Nationals and added him to a lineup with All-Star third baseman Manny Machado. Pair that with young phenom shortstop Fernando Tatis Jr. returning from injury and suddenly the Padres looked like a team set to make history.

Since then, things are going nowhere near as planned for San Diego. The team is just 3-5 since acquiring Soto. They got swept by division rival Los Angeles and are currently hanging on to the final National League wildcard spot, just one game up on the Milwaukee Brewers.

But that wasn’t the worst of it. No, on Friday night things got much, much worse.

ESPN reported Jeff Passan broke the news that Tatis Jr. had violated the league’s performance enhancing drug policy. Tatis is alleged to have taking the drug clostebol and now faces an 80-game suspension. The suspension will see him miss the rest of this season as well as part of the 2023 season. That includes the 2022 postseason, should San Diego make it.

MLB announced that Fernando Tatis Jr. has received an 80-game suspension without pay after testing positive for Clostebol, a performance-enhancing substance in violation of MLB's Joint Drug Prevention and Treatment Program. Tatis' suspension is effective immediately.

Fans across the league could not believe the news and didn’t show much mercy when it came to getting jokes off.

Does Fernando Tatis getting suspended for PEDs mean the White Sox win the James Shields trade? My column:

San Diego still has more than enough firepower to not only make the postseason, but make a run as well. But not have Tatis Jr. is still a colossal absence.

It's an emotional night ahead for Nationals fans.https://t.co/plwpun58Dm

The Padres began a three-game series with the Washington National just as the news broke Friday night.