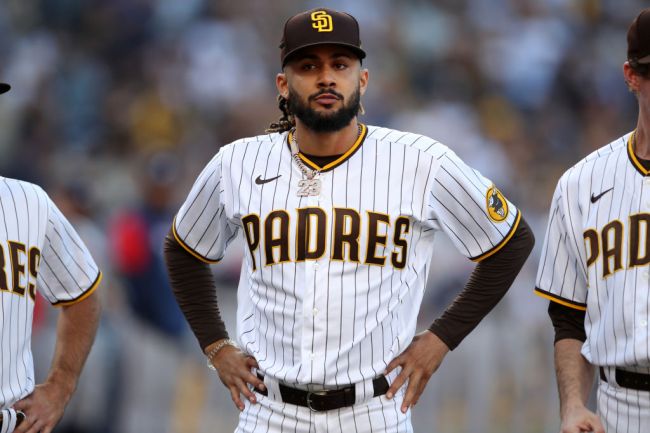 The baseball world received some shocking news on Friday when Fernando Tatis Jr. was suspended after testing positive for performance-enhancing drugs. Now, the Padres star has responded.

A night that should’ve been cheerful for the San Diego Padres, as Juan Soto made his first return to DC, quickly turned sour. Effective immediately, the MLB suspended Tatis Jr. for 80 games after he tested positive for Clostebol, a substance in violation of the league’s performance-enhancing drugs policy.

Shortly thereafter, the MLBPA released a statement on behalf of Tatis Jr. The statement claimed that Tatis Jr. “inadvertently” took a medication that contained the banned substance in order to treat ringworm.

The Padres star admits there’s no excuse for the error and he should’ve taken more care with what he consumed. But he emphasizes that his intentions were never to cheat or disrespect the game. Even so, MLB fans aren’t entirely convinced by his excuse.

Just one time, how about owning to your decisions instead of all these garbage excuses of taking PEDs

“I should have used the resources available to me”
How do you NOT do this?

In 2019 I got ringworm while working and was prescribed the same drug as Tatis. In MLB The Show 19, I got as high as 4th on the Lifetime Leaderboard. Now knowing I juiced, I would like to sincerely apologize to the MLB The Show community. Ashamed is an understatement

Fernando Tatis Jr. admits to his mistake in the end. Whether fans believe him, or not, is up to them.

Maybe he can parlay it into a Jamba Juice sponsorship? https://t.co/Dc04z15EwY

Either way, the Padres won’t see him take the field until next year, as Tatis Jr. stated that he intends to serve the suspension immediately.