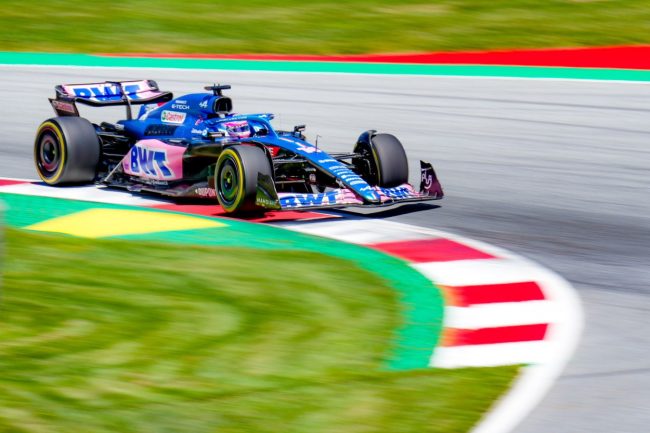 Fernando Alonso is widely considered one of the greatest Formula 1 drivers of all-time.

The Spaniard is a two-time F1 Drivers Champion and the most experienced driver currently on the grid. He’s now in the twilight of his career and back driving with the team that made him into a legend, Alpine (FKA Renault).

During Sunday’s Austria Grand Prix, Alonso was trying to make a pass on Alpha Tauri driver Yuki Tsunoda. Tsunoda tried to move on and pushed Alonso all the way off the track and onto the grass.

Alonso didn’t seem to like the move and immediately hit Tsunoda with a Dikembe Mutombo-esque finger wag.

Fernando Alonso finger wagging Yuki Tsunoda as he gets squeezed onto the grass trying to overtake is top tier shithousery #F1 #AustrianGP pic.twitter.com/oJEbuqINty

Oh, by the way, he completed the pass just about a second later.

That’s a number of layers to this baller move. For one, Alonso asserts himself as the sort of gatekeeper of the field, letting the young driver Tsunoda what is and isn’t allowed. Then there’s the matter of Alonso doing all this while driving over 200 miles per hour in the middle of a highly competitive joke. And he managed to find a way to do this all in time to get himself slowed down in the braking zone, control the car, and complete the pass.

It’s just an absolutely ridiculous thing to pull off. And F1 fans immediately heaped praise on Alonso for pulling it off.

Only Fernando Alonso can take a second while going at 185 mph to wag his finger at Yuki before breaking and overtaking him. It’s giving F1 Legend #AustrianGP

Lmaooo did Alonso just wag his finger while overtaking??

LMFAOO Fernando Alonso didn't just wag a finger at the driver that he was in process of overtaking while his tyre was eating grass. What a driver

Absolute legend status right there. Alonso’s move came after starting the race from the back of the field following an engine issue the day before. He then came back to finish 10th, nabbing the final points-paying position.