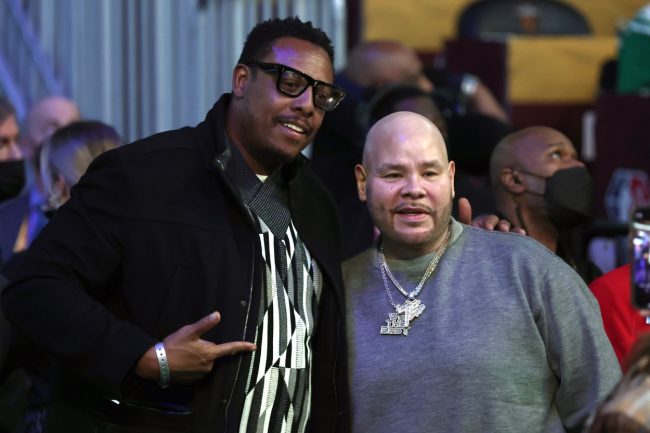 It’s not surprising to learn that rapper Fat Joe would be tied in to NBA circles.

Joe is an industry legend and a longtime diehard New York Knicks fan.

What is surprising, however, is to see him use as a source to break news about an NBA superstar. New York Daily News reporter Kristian Winfield did just that one Thursday. According to a report from Winfield, Fat Joe told him the following.

The Miami Heat are a more likely landing spot for Donovan Mitchell and have furnished a trade offer to the Utah Jazz, Per @Krisplashed

“Fat Joe told me he is close to Mitchell and that Mitchell’s dream is playing for Miami, not his hometown Knicks.” pic.twitter.com/IHhZ9M87YO

But the rapper says the conversation with Winfield never happened.

This led to an interesting exchange where Winfield brought up Fat Joe’s appearance on his podcast.

Fat Joe did say on the podcast that Mitchell and he are close and that Mitchell has never mentioned wanting to be on the Knicks, but he didn’t seem to mention the Miami Heat anywhere.

Fans are now coming after Winfield for allegedly fabricating quotes from the rapper.

he went on the pod so you can make up quotes, ok

He said he "he hangs out with spider and he never said once he wanted to play for the knicks" he didn't say anything about playing for the heat over the knicks.Knicks.. this is capshttps://t.co/6OxO2hZSCy

Right now Mitchell is locked into a long-term max contract that he signed in Nov. 2020. But the Jazz appear to be entering an uncertain phase, especially if ESPN’s has anything to say about it. Windhorst seems to believe Utah is on the cusp of blowing it all up.

Brian Windhorst just ran the First Take desk in circles. They were hanging on his every word for 2+ minutes 😂😂. Absolute masterclass. pic.twitter.com/Q1vn6mD9iz

Hopefully everyone learned an important lesson in this process. Don’t use Fat Joe’s name for clout if you don’t want him to come for you.