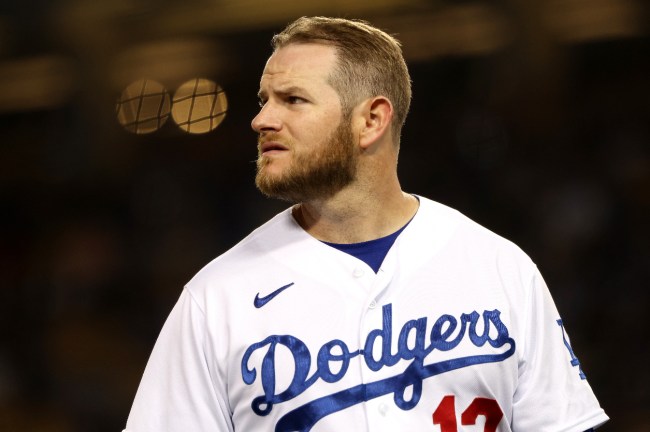 The Los Angeles Dodgers were riding high going into Sunday’s game against the Philadelphia Phillies. The Dodgers were rolling with a seven-game winning streak and were eyeing a second consecutive sweep. Unfortunately, good times went south as Max Muncy botched a routine ground ball — and the game-sealing out — and gave the Phillies two runs and a walk-off victory.

The struggles continue for Muncy, whose fall from grace has reached rock bottom with an inexcusable cough up on Sunday.

Max Muncy gets ripped apart after costing the Dodgers a victory

It was an easy ground ball. It was a play that Muncy makes 99 times out of 100. Unfortunately, that one time cost the Dodgers the game and closed the gap between them and the San Diego Padres in the dangerous National League West.

After the game, it didn’t take long for fans to react and rip Muncy apart.

90/100 Max Muncy has come through so clutch for the Dodgers. 🤗 https://t.co/PAFQYrbWCz

Muncy has been absolutely brutal this year. This is beyond pathetic.

A Padres-related account made sure to have fun at the expense of Muncy’s blunder as well.

Perhaps the position change has something to do with it? Who knows.

"Why didn't they put me at 3B today" pic.twitter.com/l9UQdSI5hR

Nonetheless, this is another ugly chapter in Muncy’s recent play all-around. After hitting 36 home runs and registering 94 RBIs in 2021, Muncy is hitting just .156 with three home runs and 13 RBIs.

It hasn’t been pretty for Munch at all, and he has made a fair share of defensive miscues all over the diamond.

Dodgers fans were quickly calling for Muncy to be designated for assignment, although that remains highly unlikely — at least for the time being.

Times are rough for Muncy, but the Dodgers still are one of the best teams in baseball and it is only a matter of time before Muncy finds his groove again on offense, and hopefully on defense.

This one will sting Muncy for some time, but forget about it and move on.