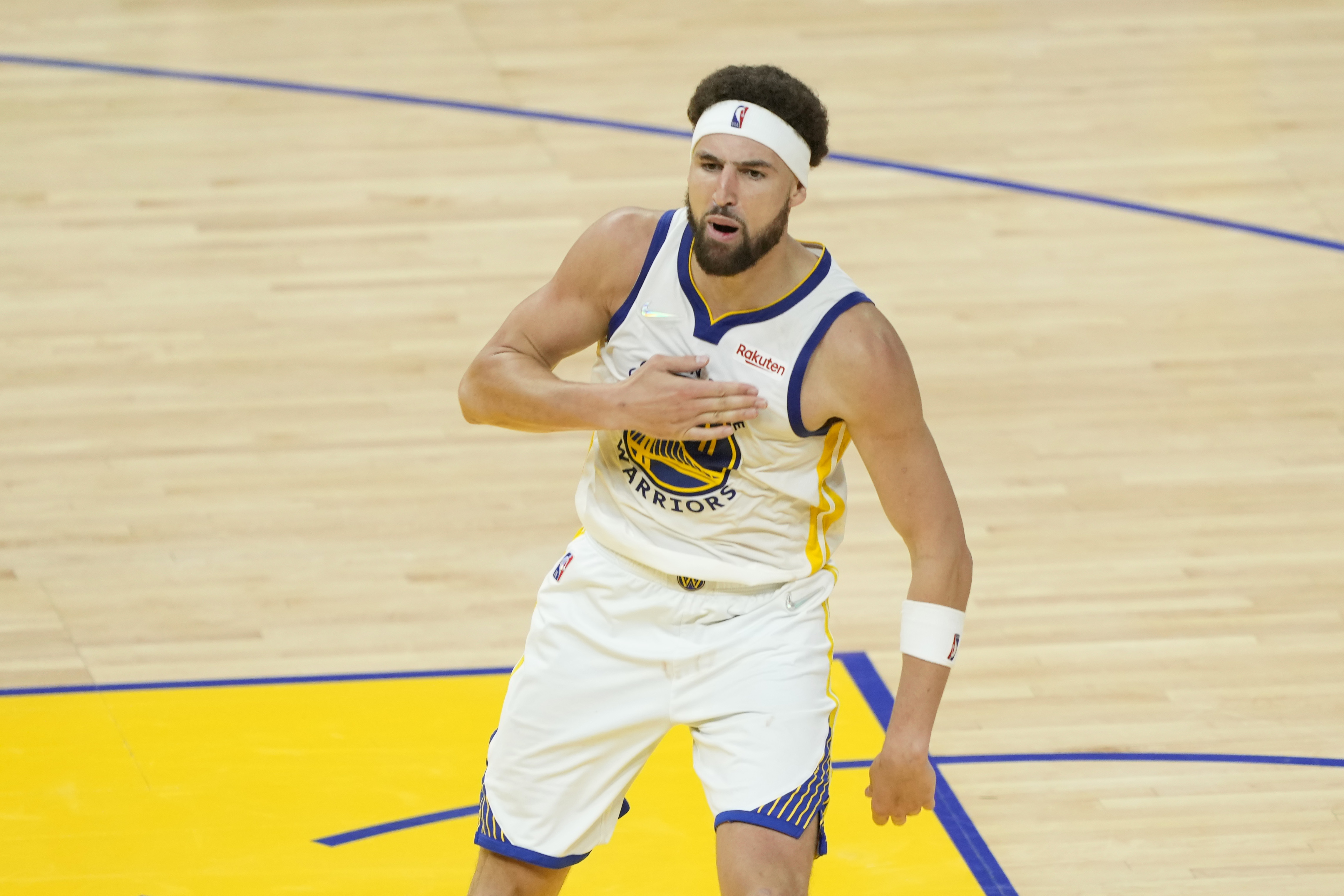 Monday was a pretty good day for Klay Thompson, pictured above.

The Golden State Warriors’ superstar scored 21 points in the Game 5 of the NBA Finals to help lead the Dubs to a 104-94 win over the Boston Celtics. The victory put Golden State ahead 3-2 in the series.

It was apparently not as good a day for Dawson Gurley, better known to the sporting world as Fake Klay. Gurley bears a striking resemblance to Thompson, but for a few extra pounds, and has made his name impersonating the five-time NBA all-star.

But he may have taken the gimmick a bit too far on Monday.

According to Gurley, he walked straight past many levels of Chase Center security, through metal detectors, and onto the court for shootaround on Monday evening. When the team eventually realized it wasn’t Thompson, Gurley was kicked out of the arena and banned from returning. All this despite having $10,000 tickets to Game 5.

At game 5 and @warriors just banned me for life from their arena.

Banned bc I walked pass 5 layers of security guards (who willingly let me through security without asking for ID) & shot around on the court for 10 minutes. I also spent 10K on tickets which they are not refunding. Why should I be banned because their security is incompetent?

Here’s the official letter of my ban. pic.twitter.com/Ii9VTdWI0h

Now there are a couple things that are important to note here. The first of which is that the Warriors have yet to issue an official statement on Gurley’s allegations. The second is that Gurley runs a YouTube page under the name BigDawsTV, so it’s definitely possible this was all a calculated stunt. It’s also possible that it never actually happened.

But if it did, Twitter users won’t be happy with the Warriors.

THEY GOT FAKE KLAY BANNED FOR LIFE NOOOOO WTF IS THIS 😭 @BigDawsTv pic.twitter.com/ZKdmT988bj

Not me zooming in on the part where he’s banned from any WNBA games held at Chase 💀 https://t.co/uKjORhtMYu

There were also a number of people who felt the Warriors did the right things.

Looking like someone doesn’t mean your are able to abuse it. Funny. Fine. But, have some perspective. You’re not able to breach security, because you look like some bunny. @KlayThompson should sue you for defamation of character. @BigDawsTv bad look. @GloriaAllred https://t.co/aPVNe07Vr1

As long as the real Klay Thompson is available going forward, Golden State should be okay.