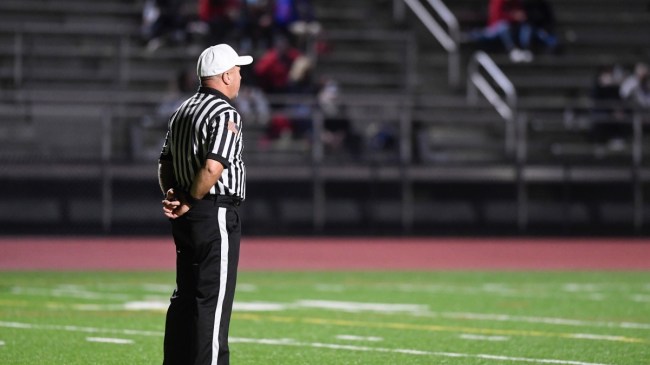 All Across the country this time of year, Thousands of High School Football games are played every Friday night. And, when you have that many games, you’re going to have some very strange things happen in random parts of the country. Almost every loophole to a rule possible will be exploited. Every possible offensive and defensive strategy will be used. But, for all but the most serious football rules junkies, this is a loophole that you do not know about.

The ball was punted, and despite the returner for Cottonwood having plenty of room to run, a fair catch was called for.

Jacob Nielson, who is a freelance writer for KSL.com, was on the scene watching his brother Ryan, the kicker for the Cottonwood team.

“The away crowd was confused because the kid that fair caught it had space to return it and potentially get into closer field goal range,” Jacob Nielson told Highly Clutch.

What happened next is where things get weird. Instead of bringing the offense out from the Jordan 35, the kicker came out with a tee.

That’s because, in high school football and the NFL, you are allowed a free kick after a fair caught kick or punt. It’s pretty simple. A made kick between the uprights is worth three points, just like a field goal. The rule states defense must start from ten yards back of the kick, and in high school, you are allowed to use a kicking tee.

It came down to one kick

So, up stepped Ryan Nielson, first-year kicker for Cottonwood.

“Then they sent out the kicker with the tee, and people were more confused. The referees were confused at first, too, so they had to meet for a few minutes and determine that it was legal,” Nielson said.

What happened next is the stuff of legends.

What a moment for Jake Nielson and surely this will go viral as it spreads through social media over the weekend.

“We’ve practiced this in practice, our coach brought it up to us, he said ‘not many people know about it but we might have to bring it out one day.’ And it ended up being worth it,” said Ryan Nielson, a varsity basketball player who joined the football team just two weeks before the start of the season. “We knew exactly what to do, I was confident going into it, my team had confidence in me, and I stepped up and I knocked it down.”

That’s great coaching by Cottonwood’s head Coach Casey Miller to know the rule and practice it.

Cottonwood improved to 2-6 on the year, but this play will surely make their entire season.