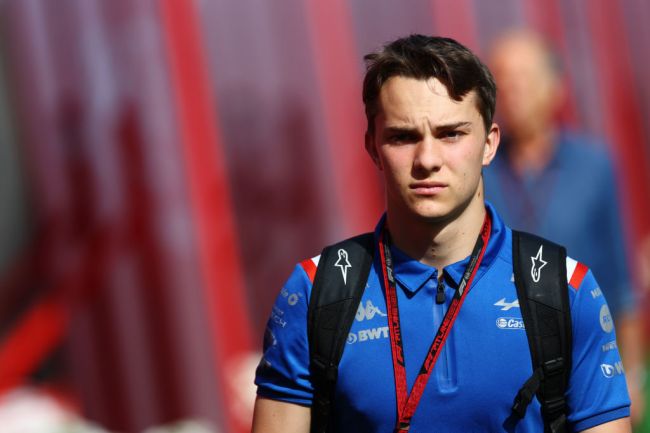 The 2022 Formula One season isn’t even over yet, but right now, all eyes are looking ahead at how the 2023 grid is shaping up.

Last week Aston Martin’s Sebastian Vettel revealed he would be retiring at the end of this season. The announcement set off a chain reaction with Fernando Alonso replacing the 4-time world champion in a shocking team change.

This, of course, left Alpine with an open seat they now had to fill. The team didn’t get much of a heads up either as Alonso apparently never informed them of his plans to leave. Even so, Alpine seemed to have a backup plan already in the works.

On Tuesday morning, the Alpine F1 team announced that 2021 F2 champion Oscar Piastri would be joining Esteban Ocon for the 2023 season.

After four years as part of the Renault and Alpine family, Reserve Driver Oscar Piastri is promoted to a race seat alongside Esteban Ocon starting from 2023. pic.twitter.com/4Fvy0kaPn7

The announcement came as a surprise to fans and some were left wondering whether Oscar Piastri himself even knew about it. After all, the news broke early in the morning (EST), which would have been the middle of the night in Piastri’s home country of Australia.

As Alpine’s F1 reserve driver, the promotion to Formula One made sense for Piastri. But without an official statement from him at the time of Alpine’s press release, some were questioning whether the announcement was real.

They got their answer a few hours later as the 2021 F2 champion took to social media to clear the air with a pretty savage statement.

I understand that, without my agreement, Alpine F1 have put out a press release late this afternoon that I am driving for them next year. This is wrong and I have not signed a contract with Alpine for 2023. I will not be driving for Alpine next year.

Current sources rumor the Australian driver already has a pre-contract deal signed with McLaren and his tweet seems to suggest the same. “I will not be driving for Alpine next year” is a pretty bold claim to make after an official team announcement, especially if another seat isn’t already lined up.

If there’s anything the F1 community loves, it’s a bit of drama. With Piastri’s future in Formula One still up in the air, fans were quick to joke about the situation. Even the Mercedes-AMG F1 team seemed to be enjoying the controversy.

For other F1 fans, the Alpine drama only brought on more questions about the 2023 grid. If the Piastri to McLaren rumor is true, it means a lot more still has to play out before the new season.

SO WHERE IS OSCAR GOING.

IS HE GOING TO MCLAREN.

WHERE DOES DANNY RIC GO.

Lots of drama in motorsports this year… 😅

At least we can all hope for a fire episode of Netflix’s Drive to Survive.

Who will Piastri actually be driving for in 2023? Fans will have to wait for an “official” announcement from an F1 team, or more appropriately, from Piastri himself.