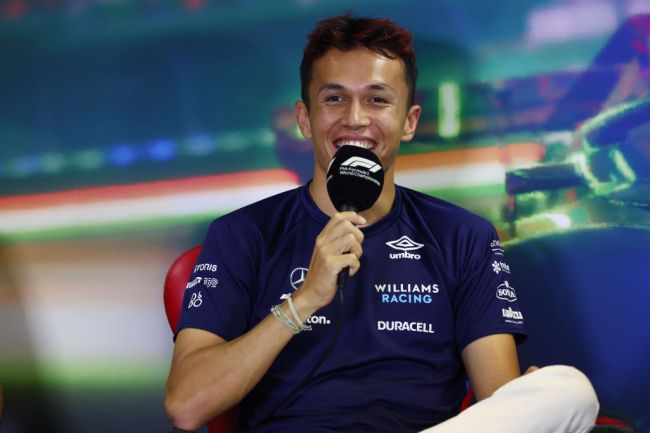 It’s currently the F1 summer break, and yet the drivers can’t stay out of the news.

The announcement of Sebastian Vettel’s retirement last week spurred a series of moves into action for the 2023 season. Fernando Alonso shockingly joined Aston Martin and then Alpine completely botched their announcement of Oscar Piastri.

On Wednesday morning, another confirmation came for the 2023 grid as Williams’ Alex Albon agreed to a new multi-year contract with the team. Apparently, the Thai driver was paying close attention to the fallout between Piastri and Alpine too.

To ensure the same confusion didn’t occur for Williams’ announcement, Albon took to Twitter with a hilarious confirmation of his own. It seems he drew plenty of inspiration from Piastri’s tweet the day before.

I understand that, with my agreement, Williams Racing have put out a press release this afternoon that I am driving for them next year. This is right and I have signed a contract with Williams for 2023. I will be driving for Williams next year.

Alex Albon joined Williams Racing in 2022 after he was left without a seat for the 2021 season. Even in the slowest car on the track, the former Red Bull driver has proven he’s got what it takes. He’s scored the team’s only points so far this season.

Since his contract only covered up until 2022, fans speculated that Albon could find himself in a new, faster car for next season. It seems that’s no longer the case with Albon extending his Williams contract through 2023 and beyond.

With his announcement trolling both Alpine and Piastri, the F1 community was loving it. Even Piastri seemed to enjoy the light-hearted teasing.

The Williams legal team, however, may not have appreciated Albon’s message.

Great to have you onboard 👊

With all this driver drama, we couldn’t be more excited for the 2023 F1 season!