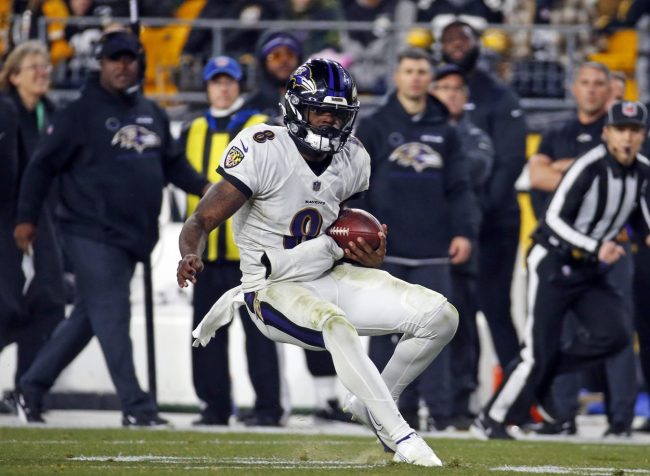 ESPN is no stranger to controversy. In fact, the network thrives on it.

Whether it’s hot takes from Stephen A. Smith or it’s Malika Andrews completely burying her coworkers, ESPN knows how to drive conversation in the sports world. Their latest stunt, however, may have gone a step too far.

Football fans are already angry over Mina Kimes’ controversial ranking of the NFL’s top-five defenses. Now they’re back with another ranking, and another one that’s causing some NFL fans to lose their minds.

Jeremy Fowler tracked down 50 NFL executives and has them rank the top-10 quarterbacks in the league today. ESPN then put together an aggregate ranking, and the results absolutely blew some people’s minds.

The NFL's best quarterbacks: We asked 50 execs, coaches and scouts to rank the top 10

Two of these three quarterbacks didn't make the cut:

Green Bay Packers QB Aaron Rodgers unsurprisingly checks in at No. 1. Rodgers is the two-time defending NFL MVP and a four-time MVP in total. After finishing third in the poll in 2020, he’s jumped one spot each of the next two seasons.

Patrick Mahomes, Josh Allen, Tom Brady and Joe Burrow round out the top five. Nobody seemed to have any issues with those. But that’s when things get weird. Cleveland Browns QB Deshaun Watson found his way into the top 10 at No. 9. The embattled signal caller didn’t play at all in 2021 and may not be able to play in 2022.

Shocking, 2019 NFL MVP Lamar Jackson did not make an appearance on the list. The Baltimore Ravens QB had been on the list every year since the summer following his rookie season. Arizona Cardinals quarterback Kyler Murray was also absent, as he was recently from team OTA’s.

Football fans weren’t having it when it came to the snubs.

These list do nothing but tear down players, coaches, execs, scouts, the whole league. It sows distrust and causes chaos. ESPN is a chaos agent https://t.co/y5LOtnzUOy

Those same “nfl execs” who said Lamar was figured out last season right? Lol it’s pretty obvious this offseason lists are made just to generate hysteria and headlines not actually evaluate anything https://t.co/oB8NAEYHbO

Anyone who doesn’t think Lamar top 10 has a brain cell shortage https://t.co/FGi4VDZhNN

There was also some speculation as to why Jackson and Murray specifically got snubbed.

As always, ESPN finds itself in the middle of a social media firestorm.