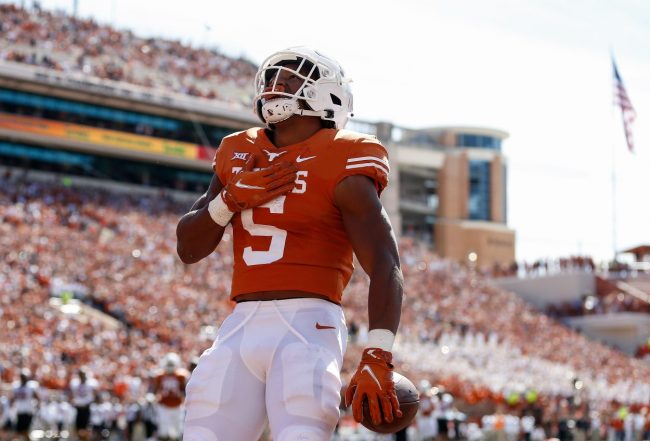 Alabama quarterback Bryce Young was about as good he could have possibly in 2021. The sophomore threw for an absurd 4,872 yards, 47 touchdowns and just seven interceptions and helped lead the Crimson Tide to the national championship game.

Oh, by the way, Young also won the Heisman Trophy as the nation’s top player.

But according to ESPN’s Heather Dinich, Young isn’t the top player in college football in 2022. In fact, Dinich doesn’t think that Young is the second-best player, or even the nation’s best quarterback.

Have at it … Too many great players this fall coming back … pic.twitter.com/VfC5ajoQNW

Instead, those distinctions go to Alabama teammate Will Anderson Jr. and Ohio State quarterback C.J. Stroud.

The argument for Anderson Jr. is a sound one. The edge rusher was absolutely preposterous in 2021. He racked up 101 tackles, 31 (!!!) for loss, to go along with 17.5 sacks in just fifteen games played. Anderson Jr. would’ve almost certainly been the first player off the board in the 2021 NFL Draft had he been eligible.

But it’s Stroud at No. 2 that has most people up in arms. That’s not to say Stroud wasn’t fantastic in 2021. As a redshirt freshman, the Buckeyes quarterback put up 4,435 yards, 44 touchdowns and just six interceptions on the way to an 11-2 season and Rose Bowl victory. In that Rose Bowl win over Utah, Stroud put up a jaw-dropping performance. He threw for an unreal 573 yards and six touchdowns in the 48-45 victory.

That was still not enough to convince fans that he deserved to be ranked ahead of Young.

No way you have Stroud ahead of Young 🤦🏻‍♂️

Do explain how the reigning heisman winner isn’t the top ranked QB on your list?

Dinich rounds out her list with Ohio State wideout Jaxon Smith-Njigba and Texas running back Bijan Robinson, both of whom are project first-round picks in 2022. But fans also had some other suggestions for the list.

Non of those guys have a Natty, or a CFP Championship MVP award, but Stetson Bennett does. Where's Stetson?.

With just over a month until the college football season, it won’t be long until Dinich’s rankings are either proven correct or way off. Only time will tell.