ESPN Analyst Bobby Marks Is Getting Completely Cooked On Twitter For Putting Steph Curry No. 2 On His All-Time List 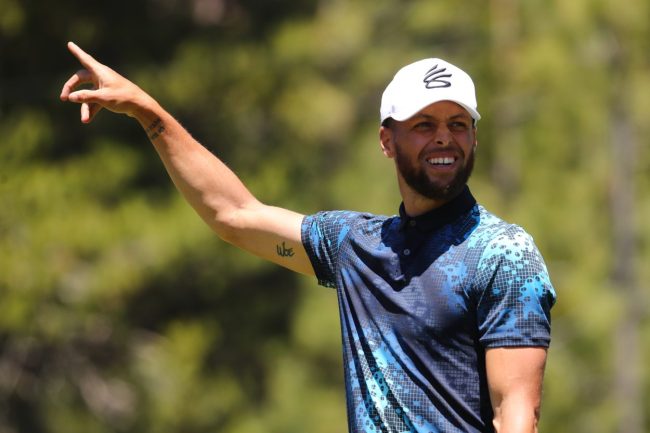 Bobby Marks must just enjoy making himself an easy target at this point.

The former Brooklyn Nets general manager turned current ESPN analyst has had a rough couple of weeks. First, Marks caught an absolutely savage stray from ESPN NBA Today host Malika Andrews over his brutal trade record. Now Marks has thrown himself right back into the NBA spotlight. And he may wish he’d never have done that.

Marks was on Tuesday’s edition of NBA Today and speaking about Golden State Warriors guard Steph Curry. When the discussion turned to where Curry ranks on his all-time list of NBA players, Marks had this to say.

"[Steph Curry] is the 2nd-best player of all-time"

“LeBron is a heck of a-great player, great player here,” Marks said. But I think – as I said, I saw Jordan in his prime in the 90s. Curry reminds me a lot of that offensively, where he is a threat to beat you in a lot of different ways here. And I said, I think we have three or four more years of prime Curry leading up. But right now I’m gonna stick with it, right, stick with it in saying he is the second-best player of all-time,”

Where Steph Curry ranks all-time is certainly up for debate. Some Warriors fans would call him the GOAT. Other basketball fans think he’s changed the game more than any other athlete. But Marks’ take is certainly controversial, and it riled up basketball twitter.

Put him in Arkham Asylum https://t.co/Pww3CmcIiP

If you want to trend on Twitter just say that https://t.co/RBf9xqOOEX

What are we even doing anymore??? https://t.co/saT4GvHOQy

It’s crazy how stupid people that work in the nba for a living can be lmao https://t.co/08Go3Dpcy6

Even Steph fans were suspect.

I love Curry, but this is a bit much https://t.co/aUkokQaMCs

I’m a Curry fan and this is nauseating https://t.co/Xf4BoDQ9J0

For as good an offseason as ESPN’s Brian Windhorst is having, Bobby Marks’ seems to be equally awful.