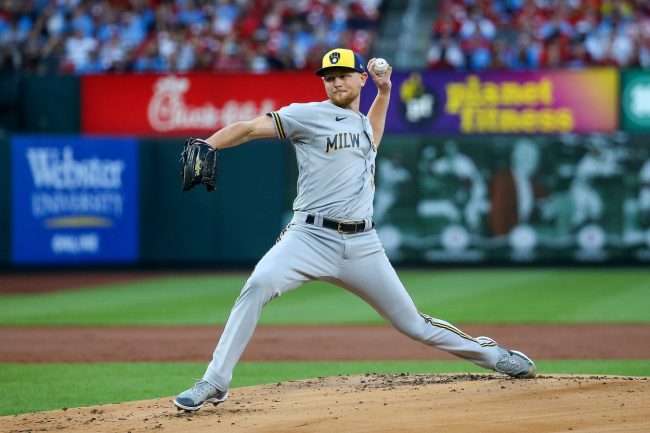 On Aug. 1, the Milwaukee Brewers led the National League Central with a 57-48 record. The Brewers sat three games ahead of the division rival St. Louis Cardinals and relatively comfortably inside the NL playoff cut line.

Milwaukee also traded away closer Josh Hader on Aug. 1. The Brewers moved Hader to the San Diego Padres in return for four players, including prospect Robert Gasser. Hader made the MLB All-Star game each of the last four years and won the NL Reliever of the Year Award in 2018, 2019 and 2021.

Since that trade, things have not gone well for Milwaukee. The Brewers are 7-11 in the month of August. They now trail the red-hot Cardinals by five games in the division and are 1.5 games behind the Philadelphia Phillies for the final NL Wild Card spot.

Milwaukee reliever Eric Lauer recently spoke to MLB.com’s Adam McCalvy about the Brewers’ vibes in the clubhouse. His comments make it clear that the deal didn’t sit well with the team.

Hader has struggled in San Diego and has since relinquished the closer role. But that hasn’t made Lauer feel any better about the move.

“I personally wasn’t a huge fan of the way they described it to the public,” he said. “I’m not trying to just get a bunch of bites of the apple. Especially if things are going the way they are, the way the Brewers have historically traded [before] paying guys. I don’t know how many bites of the apple we can take in the next few years. We’re not going to be able to afford a lot of guys in this room.”

Things don’t get any easier for the Brewers looking forward. They begin a three-game series with the Los Angeles Dodgers, who hold the best record in baseball, on Monday.