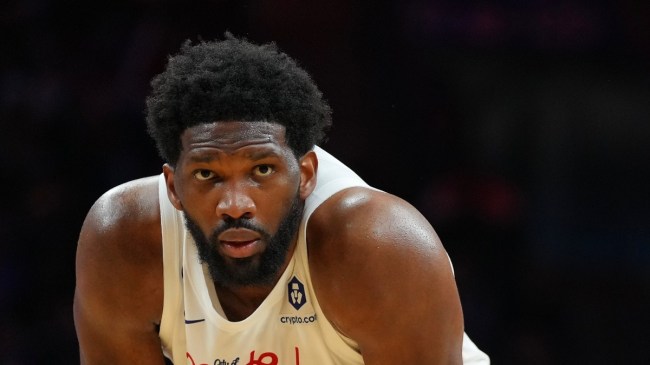 The Philadelphia 76ers have not had the start to the season they hoped for. Expectations were high from the team. They had an excellent offseason lauded by many as the most productive of any team, and Joel Embiid and James Harden came into the year healthy. It was an exciting time to be a basketball fan in Philadelphia.

But, they limped out of the gate. Don’t get me wrong, it’s not as bad as the Lakers by any means. But, it was a mediocre start, and they were sitting at 6-7 heading into a game with the surprisingly good Utah Jazz Sunday night.

Joel Embiid took things into his own hands.

The center put the 76ers on his back.

That’s quite the stat line, and though Wilt Chamberlain almost certainly did this, it’s the first recorded time in history.

Naturally, the memes were out.

Joel Embiid to defenses when he doesn’t have to watch Harden dribble all day pic.twitter.com/C1yTfNwtyL

Embiid thinks they may be turning things around.

“The season is about to be fun. We are starting to find our way”

-Joel Embiid after 5th most points in Sixers history pic.twitter.com/npfzPFD0N8

He did have some. criticism of his play, though.

The Sixers will be back in action on Friday after four off days against the Milwaukee Bucks.