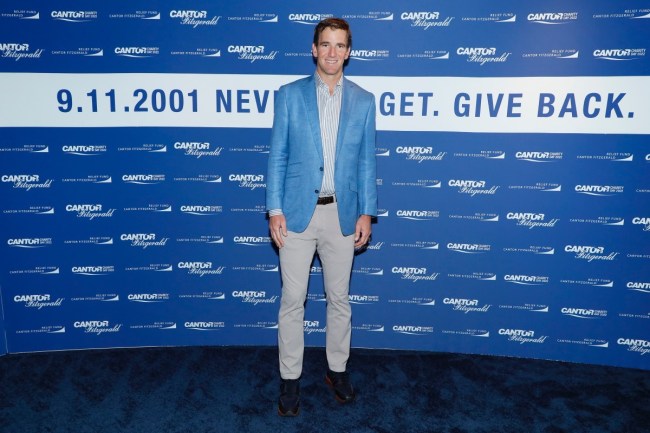 It seems the Manning brothers are really bored these days. It seems like they are on television all of the time now, whether that be the Manningcast for select Monday Night Football games and Peyton is hosting the quiz show College Bowl on ABC.

But, Eli is doing his own thing too. His show Eli’s Places on ESPN+ travels to different college towns to show what makes college football great. And, in this week’s stop in State College, PA, home of Penn State. There, he had a surprise in store.

Penn State has a rich tradition of walk-ons. Guys like Deon Butler, Carl Nassib and Matt McGloin, to name a few, have made names for themselves at Penn State. They’re even called run-on’s at Penn State because of the emphasis placed on the program. So, at a recent tryout for walk-ons, Eli Manning went incognito as substitute teacher Chad Powers to try to earn a spot on the Nittany Lions.

Here is the full video.

Eli looks to spinning it pretty well for being retired for three years now. I’m not sure if the disguise fooled anyone, though.

Of course, social media loved it.

Former Penn Stater and Giants teammate Saquon Barkley had to get into the action.

Come to think of it, this is pretty accurate.

"Chad Powers" LMFAO It's like a name Homer Simpson would come up with for himself.

I would have to agree that Eli is much funnier than Peyton. Then again, you have to have a sense of humor when you throw some of the picks that he did during his career.