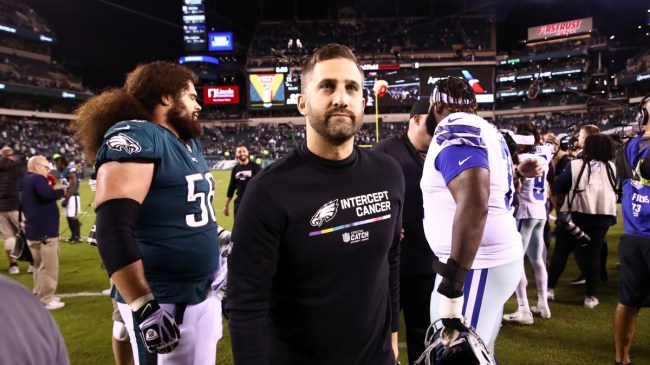 It’s been quite the start to the season for the Philadelphia Eagles. They’re sitting at 6-0, the only undefeated team in the NFL. Quarterback Jalen Hurts, once thought of as a stopgap, has proven himself to be the franchise quarterback in Philly. Second-year head coach Nick Sirianni has emerged as one of the game’s best play callers, and the offense has thrived behind a strong running game and the improved receiving corps led by AJ Brown and Devonta Smith. The defense has been excellent, as well, and got even stronger when they added pass rusher Robert Quinn on Wednesday from the Browns.

But, some think they may need to do a little more if they want to be in a position to win a Super Bowl. It would be the city’s 2nd Super Bowl in six seasons and would establish General Manager Howie Roseman as one of the great executives of the modern era. It’s a team with a ton of draft capital, too, including a very valuable first-round pick from the Saints that currently sits in the top five for the 2023 NFL draft. With all that said, there are plenty of rumors swirling around what could be the team’s next move, and one superstar running back keeps coming up.

The Eagles Are Being Linked to Saints’ Running Back Alvin Kamara

On Thursday, rumors started to swirl that the Eagles were eyeing Alvin Kamara from the New Orleans Saints.

Things were calm, but Kamara tweeted this out Thursday afternoon.

BREAKING: Trade talks between the #Eagles and #Saints about RB Alvin Kamara have heated up, according to a league source. New Orleans would like their first-round pick back from Philly and more in return for the Pro Bowl back. GM Howie Roseman wants to get this done.

That is quite the rumor. Frankly, I think that’s a heck of an asking price from the Saints. The market has been set by the Christian McCaffrey trade. And, it seems like the Eagles are reluctant to pay that big of a price.

To clarify #Eagles GM Howie Roseman has no plans on giving the #Saints back their pick, but he wants Alvin Kamara and wants to get a deal done before the deadline.

It’s going to be interesting to see how the deadline plays out. The Eagles should be big players in all of it.