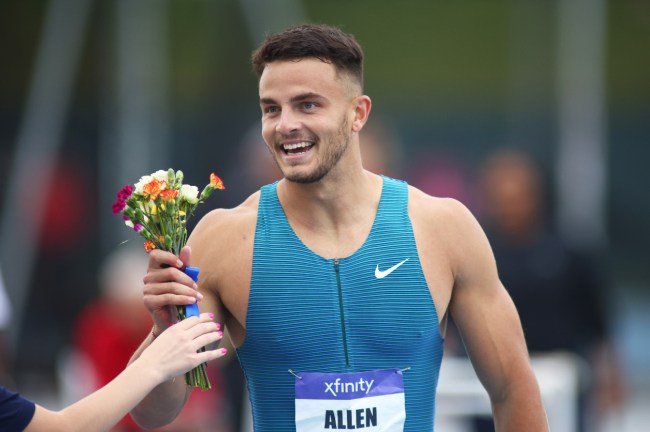 The Philadelphia Eagles suddenly have a lot of talent in their wide receiver room. One player aiming to make the 53-man roster is Devon Allen. The former Oregon Ducks wide receiver went undrafted but signed a deal with the Eagles during the offseason.

However, Allen is more than just a football player. In fact, Allen is a world-class track star and has once again made his name known in that field.

Allen was a track and field sensation during his time with the Ducks and was in the Olympic Games in 2016 and 2021. Well, even with an Eagles contract, Allen is still competing in track meets and just sent everybody into pandemonium with an unreal showing.

.@Eagles WR Devon Allen ran the third-fastest time in track and field HISTORY in the 110m hurdles this weekend. 😳 @DevonAllen13 (via @NBCOlympics) pic.twitter.com/QfokQSfu04

Allen ran the third-fastest time EVER in the 110M hurdles and almost set the world record. You simply can’t make this stuff up.

Young Eagles quarterback Jalen Hurts has DeVonta Smith and new acquisition A.J. Brown on his receiving corps, but Allen’s speed would be a terrific addition to the team if he ends up making the roster.

If not, he clearly has a career in track and field, and it is awesome to see the dual-sport athlete doing well in track to this day.