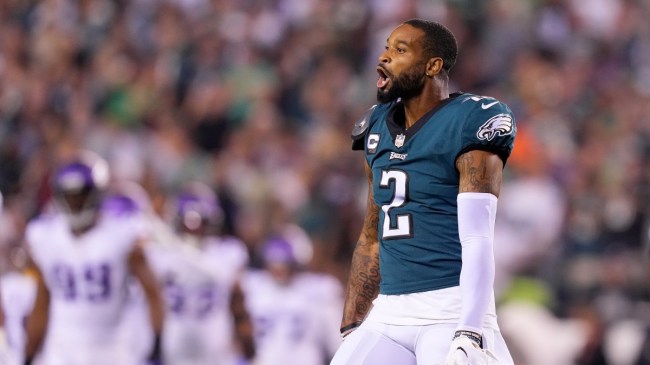 Darius Slay is one of the best corners in the NFL. The former Lion keeps getting better every year and has become a real shutdown option.

He’s dominating Vikings’ star Justin Jefferson on Monday Night Football, holding him without a catch in their reps against each other and picking off a Kirk Cousins pass. It’s what happened after that has the internet talking.

After Slay’s third-quarter interception, he found NBA star James Harden in the stands to

Naturally, the James Harden-strip club jokes had to come out

I’m not sure about this Mike Trout slander. But, at least Harden makes the playoffs usually. Trout can’t do the same.

Darius Slay giving a ball to James Harden is 1,000,000 times cooler than Wentz giving it to Mike Trout. It even close

I’m not a Skip Bayless fan, but this is a pretty funny tweet about James Harden’s pathetic defense.

Darius Slay just gave the ball he intercepted to James Harden, sitting in the first row. If only James could play defense the way Big Play Slay does.

He picked off Cousins again later in the game, but he didn’t hand the ball to any celebrities.