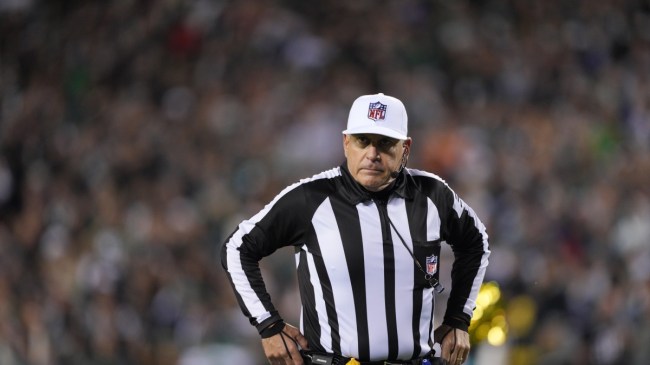 The Philadelphia Eagles came into Monday night football against the Washington Commanders as the last undefeated team in the NFL at 8-0. They were significant favorites, but the Commanders played them tough and led for much of the game. Terry McLaurin had a big game for Washington, with 8 catches for 128 yards and a touchdown. And, they forced four turnovers, matching Philadelphia’s season total.

But, even with all that, the Eagles had a chance to win late in the game and appeared to have forced a late Commanders punt to get the ball back for one final drive for the game-winning touchdown. That is until a controversial penalty gave the Commanders the win.

A controversial personal foul gave the Commanders the win

On 3rd down with under two minutes to go in the game, the Eagles had a chance to get off the field. Here’s what happened.

ref emphatically threw this flag so high it left the screen for forever (and the immediate post roughing the passer celebration by Heinicke is 😂) pic.twitter.com/oqx0nPtcAv

Wow. What a tough call to deal with if you’re an Eagles fan. And, when you add in this missed facemask that resulted in a turnover, they have a right to be mad.

Refs missed possibly the most obvious facemask in a very long time. Costly for Phillypic.twitter.com/qKOd3tpnmO

It was ruled that the player who recovered, Jamin Davis, was down by contact thus not a touchdown. But still, a big change in the game.

Thousands of TVs have just been smashedpic.twitter.com/eYsf2mnIgK

F that ref. Clearly had money on WAS. He was just waiting to toss that flag 20 yards into the air

i forgot football was a no contact sport. their fault for having adrenaline i guess

Still, they will head to week 11 against the Colts with the best record in football. Washington puts themselves right in the hunt at 5-5 and go to Houston to play the Texans next week.