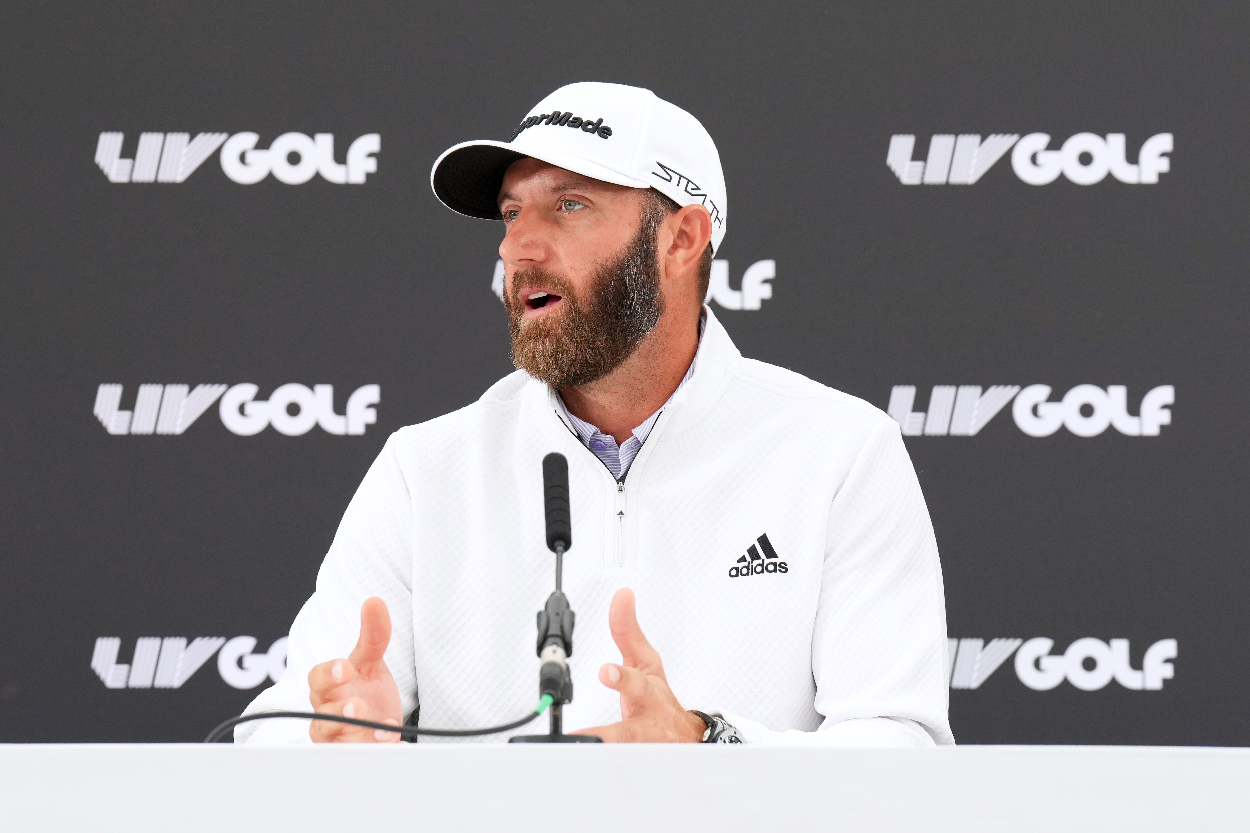 Dustin Johnson has made his choice.

The two-time major champion and former world No. 1 has announced that he’ll be resigning from the PGA Tour.  He intends play solely in LIV Golf events as well as major championships moving forward. This comes after an earlier announcement that Johnson will appear in this week’s inaugural LIV event in London

Dustin Johnson said that the LIV Golf press conference that he has resigned his membership on the PGA Tour. For now, means no Presidents Cup, nor Ryder Cup.

Johnson’s announcement on Tuesday comes after the PGA Tour had previously stated that players who opted to compete in LIV Golf events could face punishment and even lose their tour cards. That appears not to be an issue for Johnson. He willingly revoked his tour status on Tuesday. Johnson is now ineligible for marquee events such as the Arnold Palmer Invitational, Memorial Tournament and Tour Championship as a result. As a consequence of Johnson’s decision, he’s also barred from competing in either the Ryder Cup or President’s Cup. Most importantly, he can still play in major championships.

"I chose what's best for me and my family." – Dustin Johnson pic.twitter.com/nZZO5GBaYr

Johnson’s decision to resign from the PGA Tour comes amid reports that he was paid $125 million by Saudi investors to join the upstart LIV Golf league. That amount is in addition to any prize money he would earn at events. It also dwarfs the $74.2 million that he’s won in his career on the PGA Tour.

LIV Golf’s deep pockets were the premier selling point for the upstart tour. Because players can still compete in majors, it may well present issues for the PGA Tour moving forward.

Golf fans remain unconvinced by Johnson’s claim that the decision was all about doing what’s best for his family.

This whole situation is an advertisement for a millionaires tax-the idea any of these players are “doing what’s best for their families” is absurd-they are simply abandoning any moral principles for greed https://t.co/gwyumZFTNx

Dustin Johnson who has earned $78m in his career has decided to put aside opportunities for more major honours and to opt for the $150m from LIV tour because you know, he’s thinking of his family?

They must have massively expensive tastes. #sellout

the "take care of my family" bit is so funny because a) DJ has the third-most on-course winnings of any golfer in history and b) he just married into the Gretzky family like, 3 weeks ago. https://t.co/t46jZAg3fv

Multi, multi-millionaires need to quit saying “this is best for me and my family”. That’s an embarrassing comment particularly DJ who married a Gretzky as well. It’s old. Just go do it, don’t need a commoner’s excuse.

It was best for his multi-millionaire family? 🙄
(spare me)

I don’t follow golf, don’t care about it in the least, but I’d like every player who left/resigned from the PGA & joined the Saudi backed LIV to just be honest & say it’s about the money! It’s not about reshaping the PGA tour or doing what’s “best for my family.”

.@DJohnsonPGA You should just wear blood stained clothes on the Saudi Tour. Also add a bone saw to your bag. Hope it's worth it. https://t.co/AQxfGqUE8Z

LIV odds are out at Bovada (and other offshores) and Dustin Johnson +275 after securing his bag and not giving a single shit about this is HILARIOUS. pic.twitter.com/ghv7yETJUn

The LIV Golf Series kicks off Thurday in London. Fans can watch via a free live stream on LIVGolf.com, YouTube and Facebook.